Unearthed treasures under the hammer 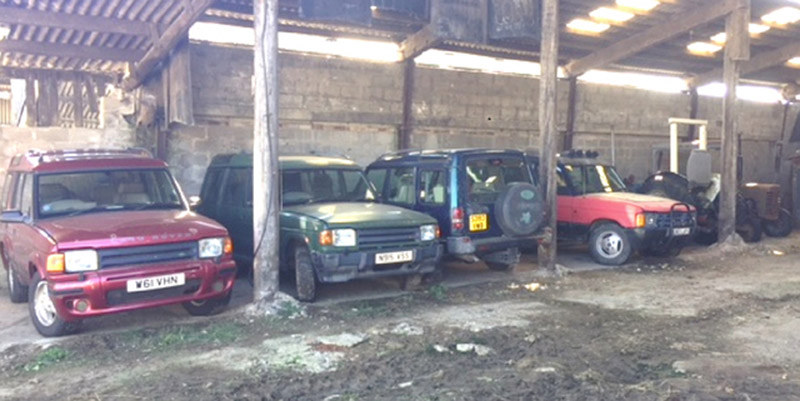 OLD Land Rovers found hidden in bushes and horse-drawn farm machinery that could be up to 70 years old will be on auction in Denby Dale tomorrow.

There will be a variety of tractors of different ages and in different conditions available, horse-drawn farm machinery and seven Land Rovers that were unearthed from behind a huge amount of trees on offer to the public.

The items are from a large estate and farm where the owners have left the proceeds to two charities – the RSPCA and Kirkwood Hospice.

Simon Blyth Estate Agents will be hosting the auction, which will begin at 10am in Dunkirk field near the Dunkirk Inn, in Dry Hill Lane, Lower Denby.

Simon Blyth said: “It is sad as the owner of the farm died and the estate and all items were passed down to the son, who sadly died six months later. He wanted everything to go to charity so we did a big clear out of the estate, farm buildings and everything which took a long time.

“We unearthed around 20 tractors and seven Land Rovers and there is even horse-drawn machinery available that could be 50, 60 or even 70-years-old.

“One of the Land Rovers is destroyed but it would make an easy restoration project that would be pretty simple.

“There are quite a lot of items like that.

“It’s quite the opportunity so we’re hoping that people come along to see the items on offer.”