All the hard work is capped off for teenagers 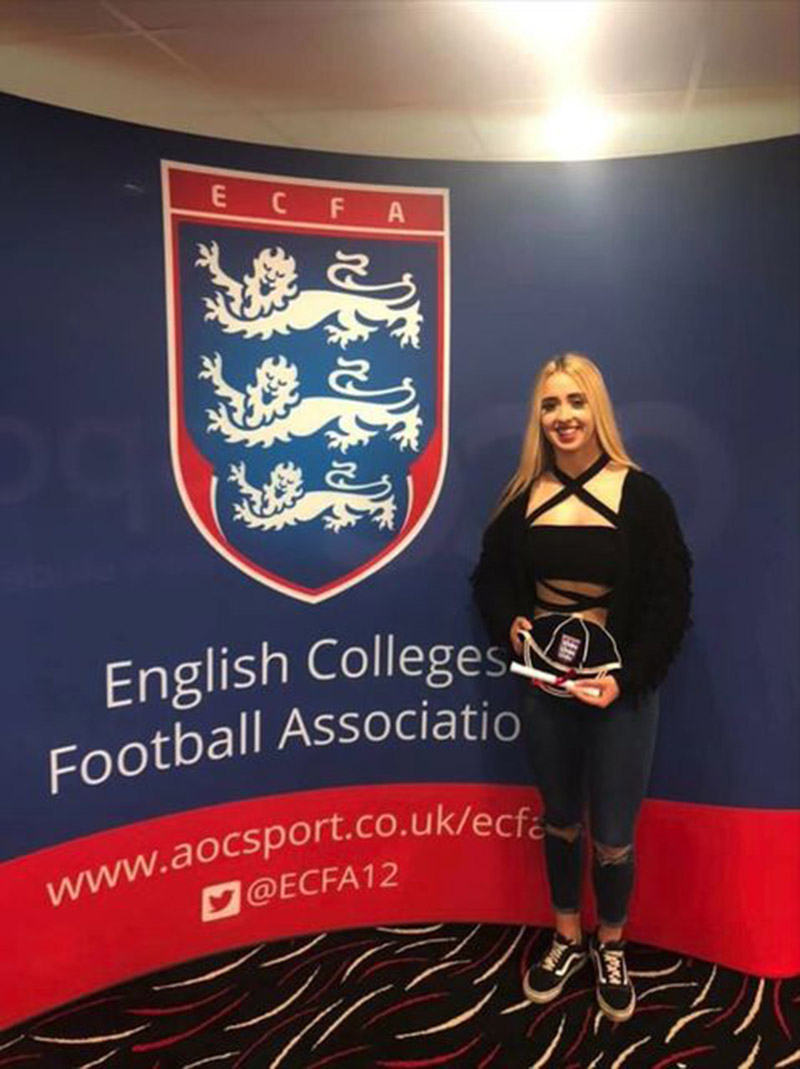 Ellie Hawcroft, who plays for Sheffield FC, and Betty Cheetham, who plays for Barnsley FC, played for the English Colleges FA women’s national team in the Il Cacio E’ Rosa tournament – winning the trophy without conceding a single goal.

And the team was presented with their caps at an English Colleges FA event at Walsall’s Bescot Stadium.

Ellie, 18, from Monk Bretton, said: “My first international cap is something I’ve always strived towards, so having it there to look at is something I can’t really put into words.

“It’s the pinnacle of someone’s career. Now I’ve got a taste of it I just want more.”

Ellie was joint captain as the English team won the tournament, which saw them face off against three sides from around Italy before the final against the Welsh Colleges FA team.

Ellie, who also plays alongside Betty for Barnsley Sports Academy, will move to Tennessee in July as part of a scholarship with Austin Peay University, who she will represent in the NCAA soccer league.