Mayor thankful for 'most wonderful year' 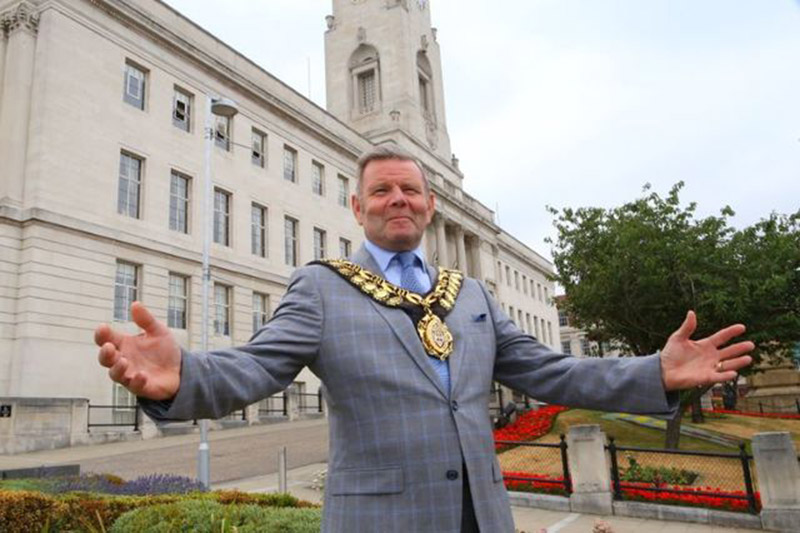 OUTGOING Mayor of Barnsley Coun Steve Green has thanked the people of Barnsley for their support during his ‘wonderful’ mayoral term.

Coun Green bows out of the role today, to be replaced by Darfield councillor Pauline Markham at the official mayor making ceremony at Barnsley Town Hall this evening.

The retiring mayor will remain in office as ward councillor for Monk Bretton, and will continue to work with fellow councillors on a number of boards.

Coun Steve Green said: “I’ve had the most wonderful year as the Mayor of Barnsley and feel honoured to have had the opportunity to take on this role.

“Some of my highlights throughout the year have included Remembrance Sunday commemorations, the official opening of the markets, my charity concert featuring Grimethorpe Colliery Band and finally hosting the civic reception for Barnsley Football Club after their amazing promotion to the Championship.

“I’m also delighted to have been able to raise such a lot of money for two wonderful charities. I’d like to wish Coun Markham a fulfilling and rewarding year in her new role as the mayor for 2019-20 and say a big thank you for all the support I’ve received from residents and colleagues.”

In his mayoral year, Coun Green’s chosen charities have been Barnsley Hospice and Barnsley Independent Alzheimer’s and Dementia Support (BIADS). The mayor, and mayoress Tracey Green, will be presented with replica medallions in recognition of their work.

Coun Markham, who has been councillor for Darfield since 2010, will be joined by husband Larry as mayor’s consort, and during her year in the post will raise money for Age UK Barnsley and BIADS. She said the opportunity was a ‘great honour’.