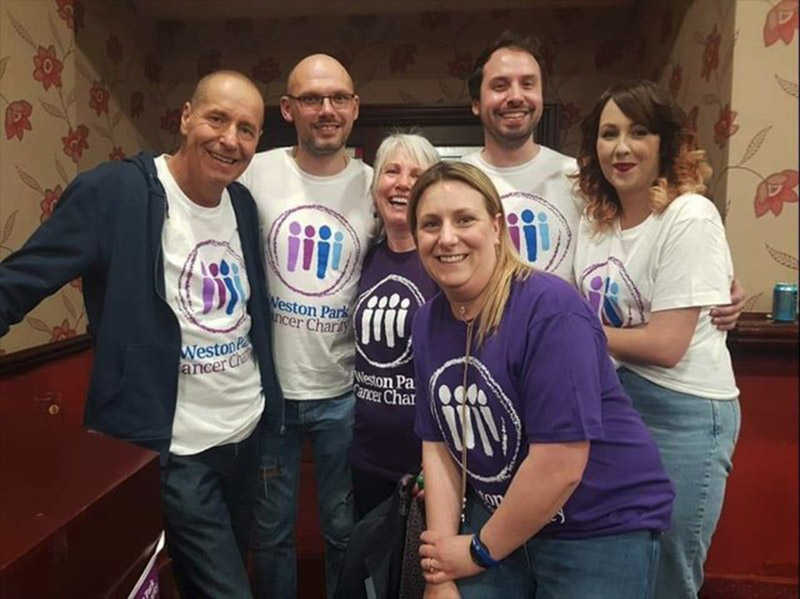 THE family of a man who had aggressive throat cancer have rallied to raise money for the charity that helped his recovery.

Steven Murphy, 57, of Holly Grove, Goldthorpe, was diagnosed with secondary cancer in his neck in August last year, after complaining of a sore throat and multiple visits to his GP.

He underwent weeks of radiotherapy and chemotherapy at Weston Park Cancer Centre in Sheffield, having surgery to remove several teeth and his tonsil.

Steven said: "The only symptom I detected was a small lump in my neck. I was a typical bloke, I didn’t think anything about it.”

Steven said a GP told him ‘not to worry about it’, saying it looked like a swollen gland, and he had a number of blood tests that all came back normal.

Steven said: “All this time, I was thinking it’s nothing, I don’t have a history of cancer in the family. I went to see a specialist who had a feel of my neck and knew immediately it was cancer.

"I had all these tests and an MRI and then went back with my wife, and in the room there was a MacMillan nurse. You just think, God almighty.

“I’ve driven past Weston Park plenty of times and said I hope I never have to go in there.”

Steven’s cancer had started in his tonsil, but spread to his neck by the time it was identified.

He had an operation to remove the tonsil, but before starting radiotherapy had to have all the teeth on the left side of his mouth removed because it could lead to damage to his jaw if they remained in place.

He was fitted with a PEG a feeding tube for six months after undergoing 35 sessions of radiotherapy and two rounds of chemotherapy across seven weeks.

Steven rang the end of treatment bell in December, which he said was ‘like winning the lottery’ but that was only the beginning of his recovery.

With his throat feeling like ‘raw meat’, Steven had to use the PEG to eat for six weeks after the end of his treatment, and has only recently begun to introduce solid foods back into his diet.

He goes for a check-up every six weeks, and has been told if there are no concerns after five years the risk of the cancer returning decreases massively.

Steven’s family, led by stepson Carl Mellor, 37, have begun a huge fundraising campaign to ‘give something back’ to Weston Park.

Carl, of Foxmires Grove, Goldthorpe, held a race night and auction at Goldthorpe Reform WMC on April 13, which raised £5,000 and doubled as a celebration of Steven finishing his treatment.

Carl said: “Over the coming months we will be holding a big charity raffle and football match, and I will once again take on the Yorkshire Marathon in October. Over the next 12 months I have a target of £10,000 in mind."