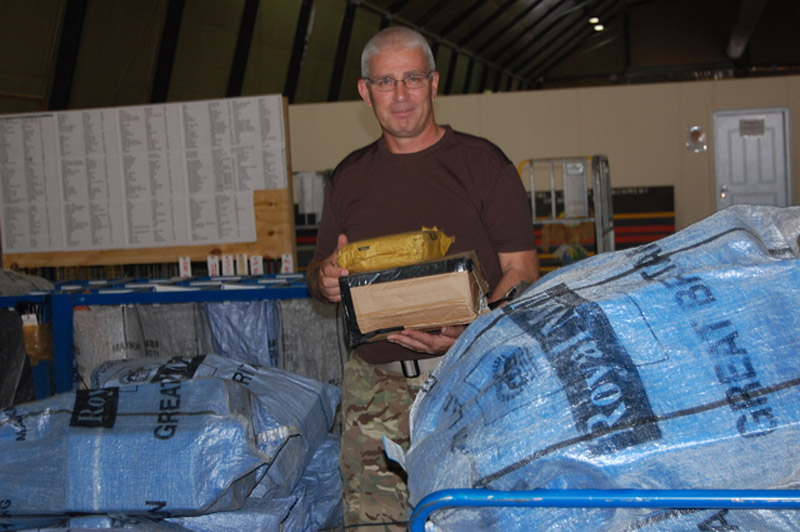 HUNDREDS of shoeboxes that were collected in Barnsley for the troops in Afghanistan have landed at British Forces Post Office.

Emma Burnett, 19, of Hardwick Close, Athersley South, whose fiancé James Napier is serving with the Yorkshire Regiment, launched Operation Shoebox Appeal in May to send goodies to soldiers who might not have family.

They are sorted at the post office at Camp Bastion, the main British military base, and sent to soldiers on other bases within a week.

“We get a lot of welfare packages here that have been sent for the boys,” said Sgt Maj Steve Burton, from Intake, Doncaster.

“We get three to four deliveries of mail a week which can range anything from 500 to a thousand bits of mail in any one dispatch.

“We check them all here and then we send them onto the soldiers. It’s a big boost to morale.”

The boxes can contain anything from sweets and biscuits to games and toiletries, but not aerosols.

Messages can also be sent via the internet which are then printed off and sent to the soldiers, called E-bluey’s, and soldiers can also send items back to the UK.

*Thanks to Barnsley Chronicle reporter Kate Pickles, who has submitted this report from Afghanistan as part of a press tour. There will be more in Friday's paper *