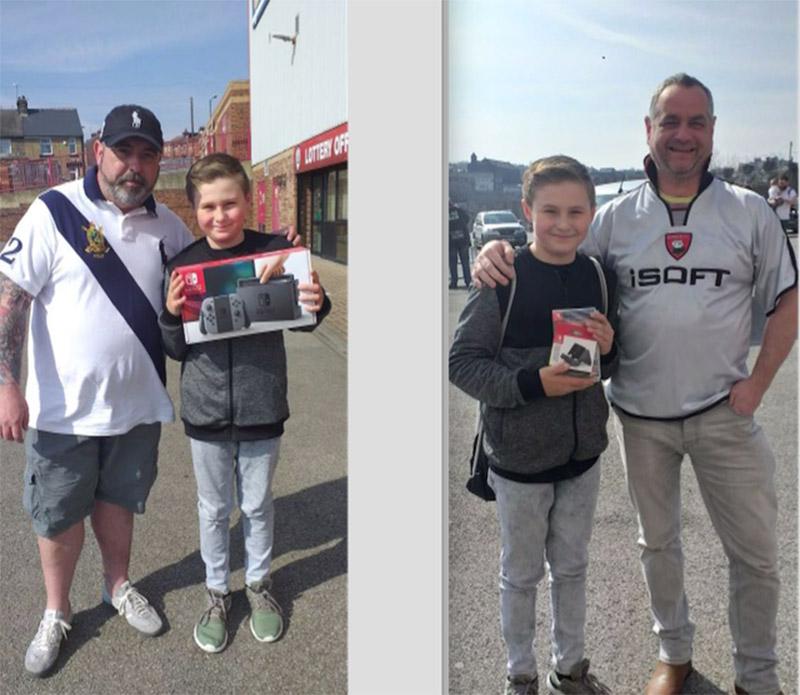 GENEROUS Reds fans have shown their support for an autistic boy who lost his game console at a football match.

Last month while attending the Doncaster v Barnsley match at the Keepmoat Stadium, ten-year-old Layton lost his Nintendo Switch - something which he finds great comfort in and a distraction when things around him get too much.

In an attempt to find the lost console and the hope that someone had handed it in Layton’s mum, Leanne Kelly, posted on social media asking if anyone had seen it - and to Leanne’s surprise the post went viral.

One evening she received a message from a Reds fan called Steve Marshall who asked if he could set up a JustGiving page to help raise money to buy Layton a new Nintendo - she then got another message from another supporter, Ian Langworthy, who offered to donate Layton a Nintendo Switch.

Leanne said: "I was so overwhelmed. I put it on Facebook in the hope that somebody would have picked it up, my boy was so distressed and I didn’t think this would go as far as it did.

“Steve asked to set up a JustGiving page for Layton so we set it up and we put on a picture of me and Layton together.

“I donated to it and a few other people supported it - the target was £300 but I said lower the target and I can get one cheaper - so we lowered it.

“Ian then contacted me saying he’s got a Switch if my little boy wants it - he said ‘I’ve read your post and would you mind if I gave Layton my son’s old one?’ “My emotions just went through the roof.

“Layton’s face lit up and he didn’t think it was really happening - he was looking at me saying ‘Is this real?”

The money that had been generated through the JustGiving page was then used to buy Layton some new games.

“He said it was just like Christmas Day. I can’t thank them both enough - I’m still in touch with them, it’s a friendship gone from there.

“Barnsley fans are amazing and I couldn’t ask for any more support from people - I’m so overwhelmed by it all.

“The Nintendo is a big thing for Layton and the days he lost it he was completely traumatised. “These men need so much recognition for what they’ve done, they don't understand how much getting it back has helped and the impact it has on him.”