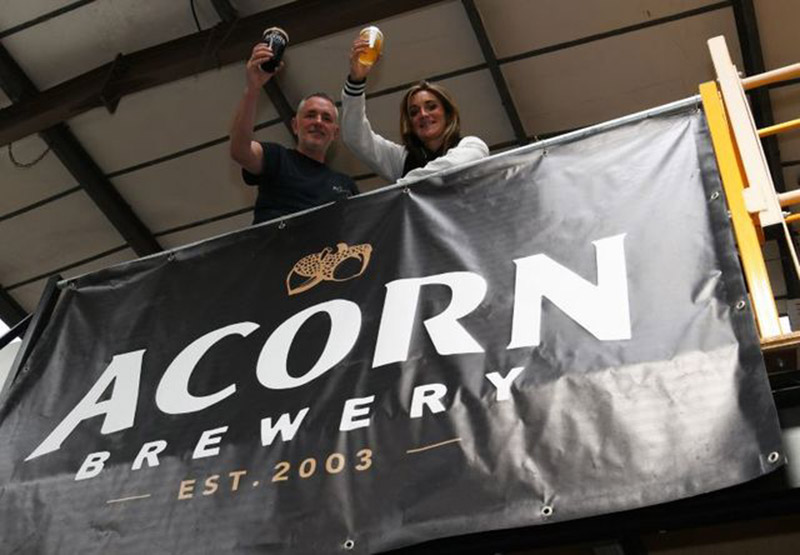 A BARNSLEY-BASED brewery has reached the final of a national beer competition.

Acorn Brewery in Wombwell opened in 2003 and uses Barnsley as the inspiration behind all their products.

They produce a range of beers from bitter to golden ale and have won many awards for their beers.

The team at the brewery were told that one of their beers had made it to the final of the CAMRA (Campaign for Real Ale) Champion Beer of Britain Awards, which will be held in London later this year as part of the Great British Beer Festival.

However, the team will not know which beer has been nominated until they reach the festival as a tasting panel try every beer the brewery makes and submit their decision anonymously.

Dave Hughes from Acorn Brewery said: “We don’t know what beer we’ve been nominated for, they keep that secret until the day of the festival.

“We’ve been going to the beer festival for 16 years and for 13 of those we’ve had a beer in the final so to be nominated again is amazing.

“We brew about 30,000 pints a week so this nomination shows that we are being consistent with what we are putting out.

“It’s unbelievable that we have made it to the finals again and we would like to say a big thank you to the people involved. It’s great for the town and it’s keeping Barnsley on the brewing map.”

Phil Gregg, branch secretary at CAMRA, added: “I’ve worked with Acorn since they first started and it’s amazing to see how they’ve taken the business forward.

"They’ve got a lot of successful beers which are exceptional quality and how many times they have been in the final shows how good they are.”

Acorn Brewery will find out the results of the competition on August 6, and will also be displaying their beers at the Great British Beer Festival which runs from August 6 in London.