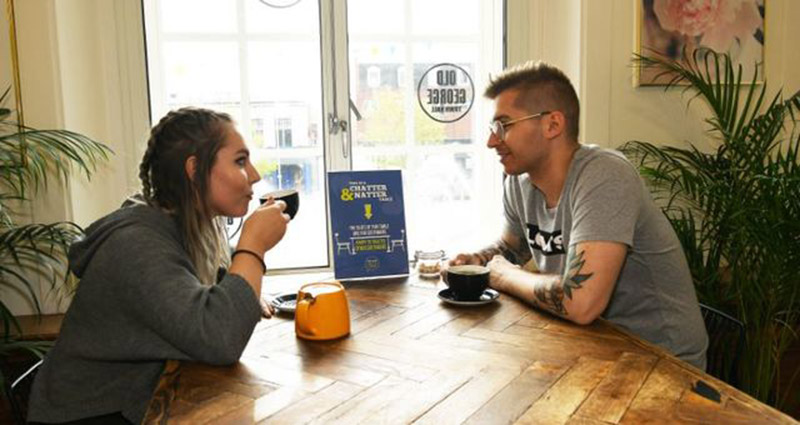 IF you’re feeling low, a chat with a stranger in a cafe can mean the world – and the team at Old George Coffee House agree.

Old George, in the town hall, has signed up to the Chatty Cafe scheme, which sees a table set aside for people who want to ‘chatter and natter’.

“It’s for people who might not necessarily go into a venue, because of the fear of sitting on their own,” said owner Gareth Derbyshire.

“But it creates a positive experience for everyone. People do tend to go out and have a bit of a chat and then just sit on their phones.

“So far it’s been really good – I’ve seen more conversation happening at this table than the rest of the venue.”

The Chatty Cafe scheme is a national drive to encourage conversation between strangers in more than 500 cafes across the country, including branches of coffee chain Costa which rolled out the scheme last year.