Friends of Liam urging people to talk about problems 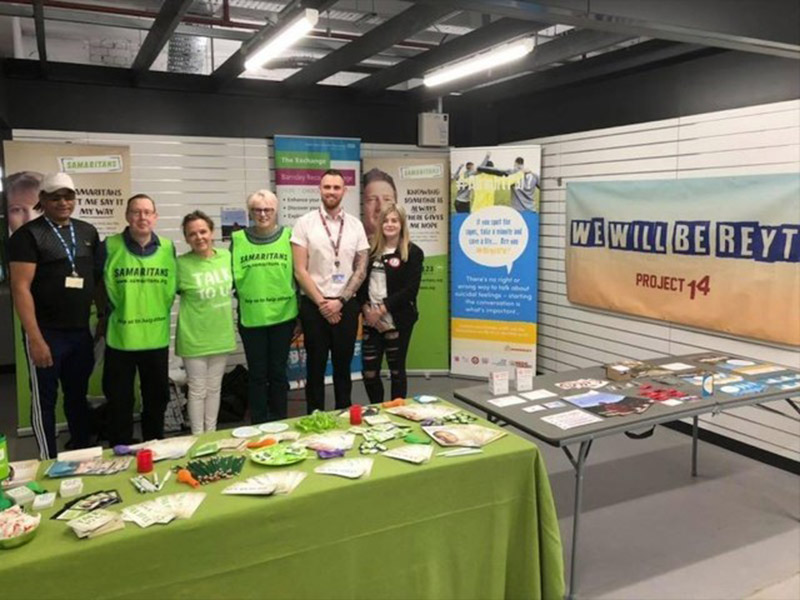 FRIENDS and loved ones of a young man who took his own life were among those taking part in a suicide prevention campaign.

Representatives from the Samaritans, Project 14, Walking for Health and the Liam Jones Legacy were at Barnsley Council’s #AlrightPal? event in the market to provide advice about discussing mental health and suicide.

It was part of #AlrightPal? campaign which aims to encourage people to look out for signs people may be struggling with their mental health and to ask if they are OK.

The Liam Jones Legacy group was set up in memory of Grimethorpe man Liam who took his own life at the age of 24 in May 2018.

It was set up by Liam’s girlfriend Quinn Atherton and her friend Laura Copeland and centres on a Facebook page that provides help and advice on mental health.

Laura said: “We decided between us to set this up as we wanted to do something to help people and stop them from ending up in Liam’s position,”

“What we do, basically, is on our page we post constantly and share resources where people can go if they need help.

“Not a lot of people seem to know what is available to them and we are just there to get that message out.”

A spokesman from Barnsley Council said: “It’s a myth that talking about suicide is a bad idea as it will give somebody the idea to do it.

“In reality, people at crisis point often feel as though they don’t want to burden people with their problems, so they don’t discuss it.

“Asking somebody a simple question to check they’re all right offers support. Make sure they know you’re sincere and ask twice if you have to.”

The #AlrightPal Web page offers information on what to do if somebody opens up to you, who to call if you or somebody else has reached a crisis point and gives advice on five ways to well-being.