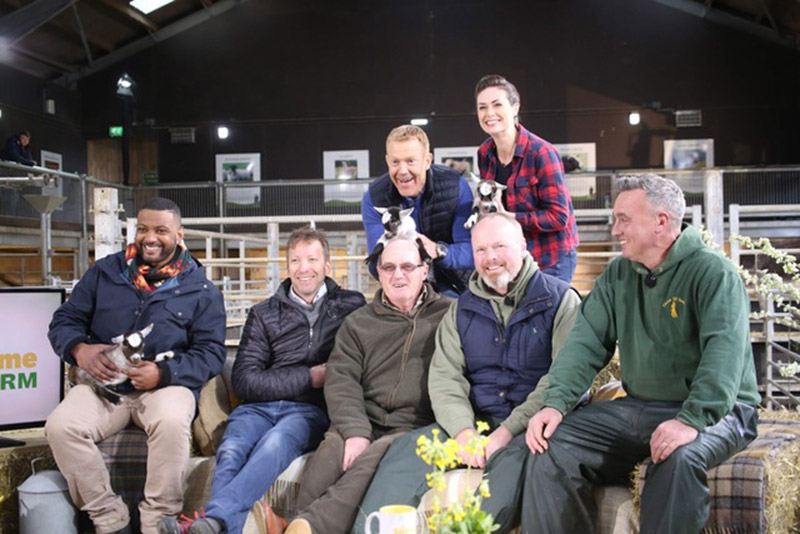 A FARM will host a major Channel 5 TV show in a series that starts tonight.

Cannon Hall Farm, based in Cawthrone, will host Springtime on the Farm as season two returns to the screen.

The show charts what life is like for farmers across the UK at their busiest time of year - Spring - and centres at Cannon Hall Farm.

The Nicholson family have operated Cannon Hall Farm for 60 years – and its been open as a tourist attraction since 1989.

This Easter will mark its 30th anniversary of being open to the public.

Robert Nicholson said: “We’ve had an amazing time filming the show and made some lifelong friends but we really need people to show their support and watch it. We’d love to be involved in a season three but it will all depend on viewing numbers.

“We are incredibly proud to be able to represent our home town on such a big stage - and we have enjoyed every second. As for it being our anniversary year, I can’t believe how fast 30 years has gone. I can still remember the first day we opened - and we weren’t sure at all it was going to succeed.”

The farmers were brought to the attention of the production company thanks to their success with their own Facebook Live broadcasts – the Nicholson brothers and Dad Roger broadcast live on Facebook most mornings, with viewers from as far afield as America, Australia and New Zealand.

The show airs tonight at 8pm on Channel 5 and will be live every night this week.