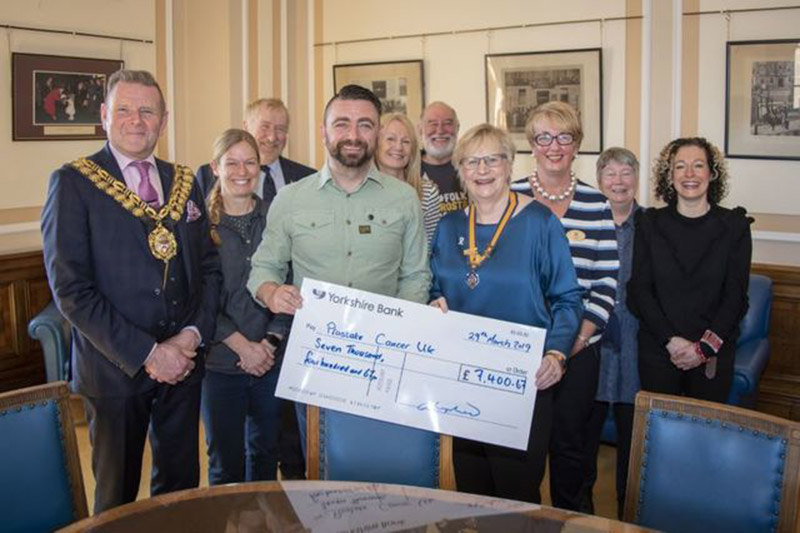 A BARNSLEY-BASED folk singer met with the Mayor after organising a fundraising festival in aid of Prostate Cancer.

Damien O’Kane is an award-winning Irish folk musician who now lives in Barnsley since his marriage to Barnsley folk singer, Kate Rusby.

He was inspired to organise a folk festival to raise money for Prostate Cancer after Kate’s father was diagnosed with the disease in 2012.

The event featured performances from Kate Rusby as well as Scottish singer, Lori Watson and Shepley-based performer, Jack Rutter. The event raised £6,400.67 with an additional £1,000 raised by the charity organisation, Inner Wheel leaving the final total raised as £7,400.67.

Damien and other fundraising members were presented with a cheque by Barnsley Mayor, Steve Green, on Friday in recognition of their fundraising efforts.

Damien, 40, said: “It’s absolutely incredible. As last year was the first year I put the event on, and it was also a Sunday, I wasn’t expecting this much money to be raised.

“But now I’m trying to turn it into a two day festival to try and raise more money for Prostate Cancer.”