Clear warning for illegal fly tippers as Transit is crushed 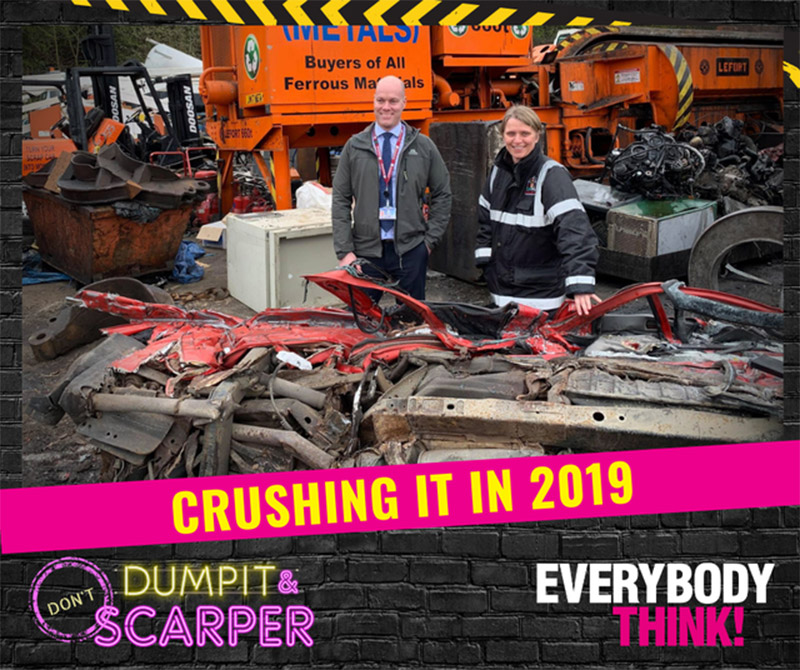 THE first car crushing of the year took place this week in the council’s attempt to crack down on fly tipping.

This is the sixth vehicle that Barnsley Council’s enforcement team has crushed due to illegal fly tipping activity.

The Everybody Think campaign is sending out a strong message to people across the borough that fly tipping will not be tolerated and dealt with accordingly.

The Ford Transit was seized using the enforcement team’s delegated powers as part of an investigation for environmental-related offences in Worsbrough.

Wendy Lowder, executive director for communities, said: “In 2019 we’re committed to protecting our beautiful borough and stamping out fly tipping.

“We’ll continue to remove vehicles like this when involved in environmental crime.

“If you choose to carry rubbish illegally and spoil the environment, then you risk losing your vehicle permanently.

“As part of our #EverybodyThink campaign we will continue to work with the police and the public to tackle environmental crime.

“If a person has no authority to carry waste, they can be held responsible and face court action.”