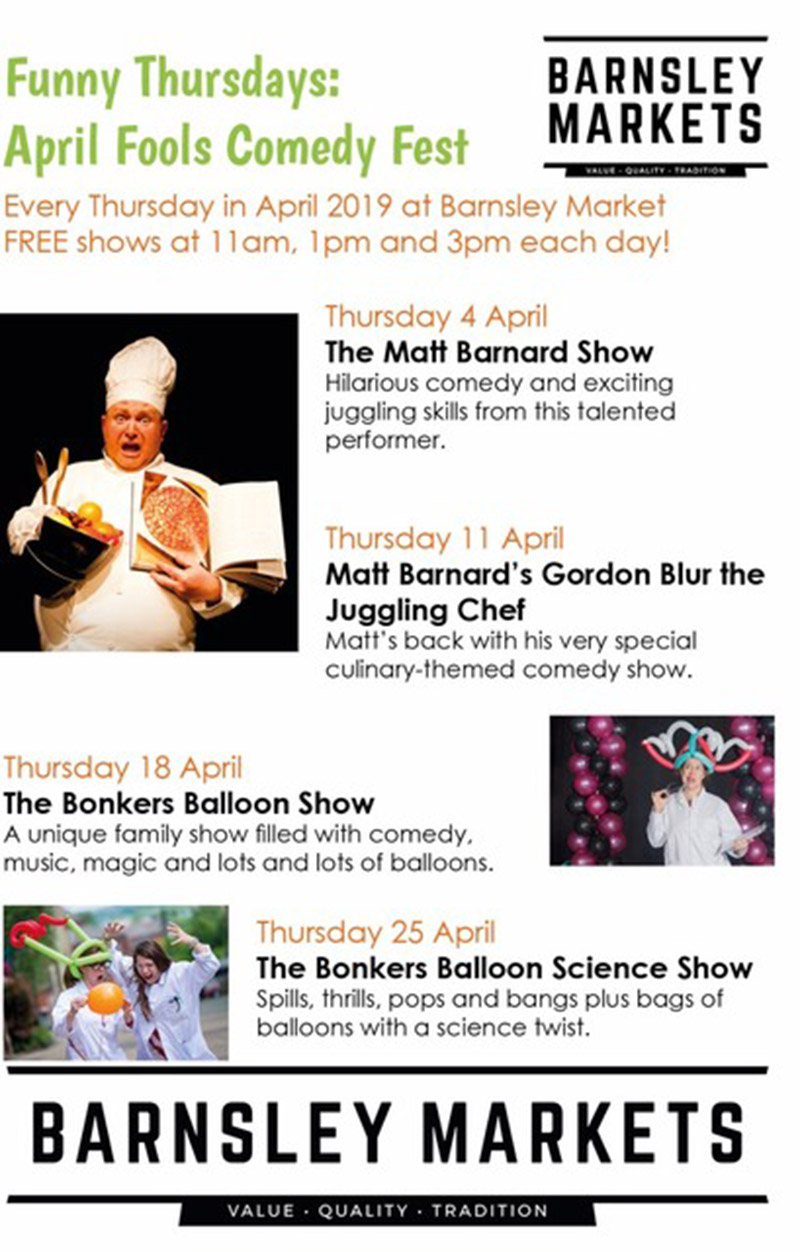 FREE comedy shows will be performed at Barnsley Markets every Thursday in April.

As part of the April Fools Comedy festival, ‘Funny Thursdays’ performances will take place near the escalators in the atrium of the market at 11am, 1pm, 3pm on April 4, 11, 18 and 26.

This is the fourth year the April Fools Barnsley Comedy Festival returns to Barnsley and features headline acts including popular Mock the Week regular Gary Delaney – who brings his show ‘Gagster’s Paradise’ to The Civic on Friday April 26.

Glenn Moore – also a Mock the Week star – will perform at town centre sports bar The Garrison next Wednesday, while talented comedian Jessica Fostekew will appear at The Old Picture House on Sunday April 7.

Full details of the acts and ticket details can be found at www.aprilfoolscomedyfestival.com.