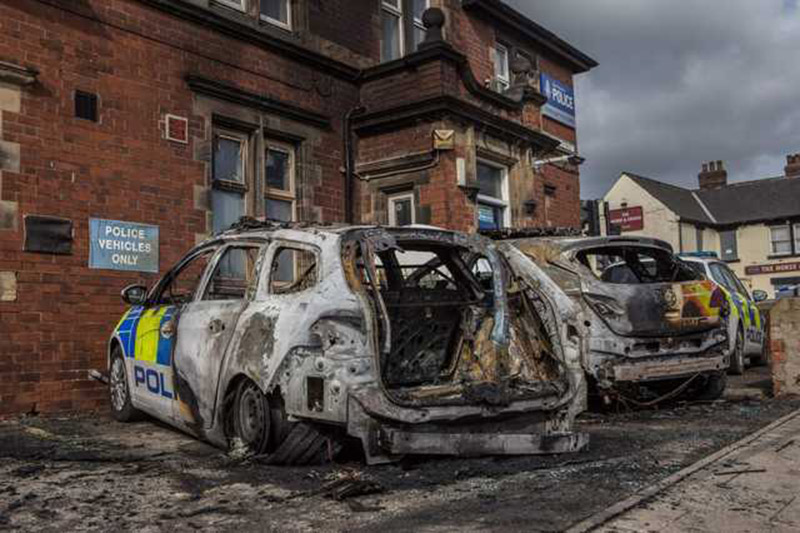 At 2am this morning, fire fighters were called to Goldthorpe Police station on Barnsley Road following reports that two cars were alight.

Three men, aged 35, 18 and 33, were arrested shortly after on suspicion of causing criminal damage and arson.

Chief Inspector Mark James said: “This reckless incident has left two operational police cars extensively damaged and behaviour like this will not be tolerated.

“Thankfully, no one was injured but the fire has also caused damage to the side of the police station and a council van. Officers worked quickly after the incident to carry out enquiries and these enquiries are continuing today.

“I’d like to ask anyone who saw what happened, or who has any information, to contact us on 101, quoting incident number 56 of 1 April 2019.