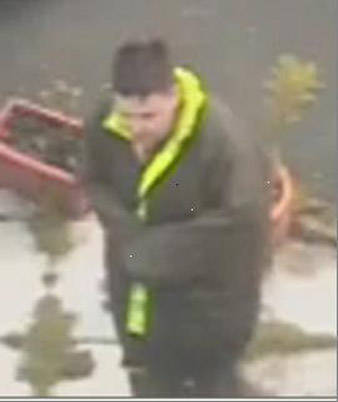 POLICE have released CCTV of a man they are trying to track down in connection with a burglary at a local chuch.

The burglary - which took place on May 14 - saw the alarm raised at about 10pm at St John the Baptist Church in Cudworth.

A small side window was smashed and cash a small quantity of cash taken from inside - but the damage to the window is expected to cost £2,000 to repair.

The man is described as white, with dark hair in his early 20s. He is wearing a green jacket with a hood and black tracksuit bottoms.