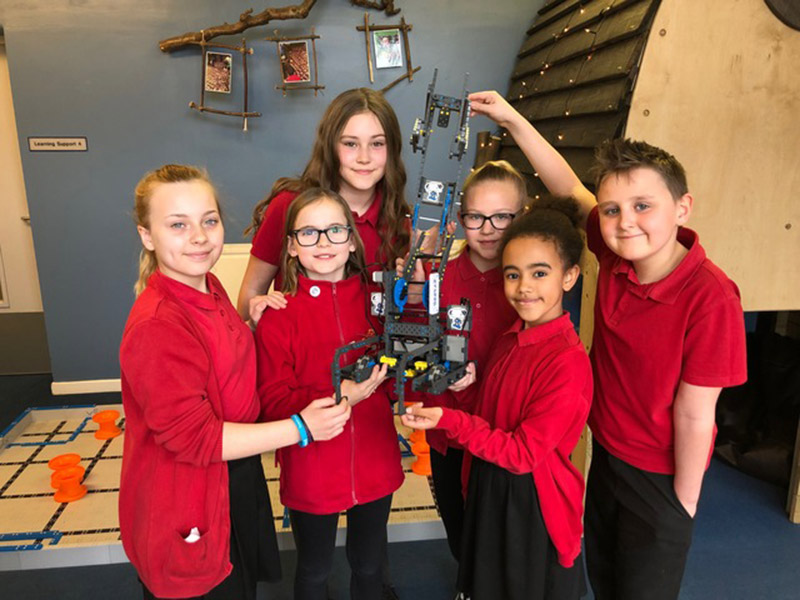 PRIMARY school kids who showed off their robotic skills at a tournament have become one of two groups from the UK to reach the finals in the USA.

Two teams from the school participated, Galaxy Knockouts and Nu-Alliance. The school’s team, Nu-Alliance, left the Championship in Telford thinking they had not qualified and took home an Energy Award for displaying a high level of enthusiasm and passion.

But they have since learned they will be heading to America. VEX IQ is a world-wide robotics/STEM competition in which children from school years three to nine research, design, build and program a robot to do a specific task.

The team, which is made up of one boy and five girls, are planning to fly out to Kentucky, USA, on April 26 to participate in the finals which take place from April 28 to 30.

Having secured their place, they are now aiming to raise £20,000 to cover the cost of the trip.

Dawn Stump, who is a learning mentor at Wath Central and also the team’s coach, said: “The other team have been so supportive especially as we are now in a race against time to raise the money to go.

"We are holding bake sales, activities for parents to come and enjoy and raise money at the same time, we’ve had donations from family and friends and we’ve also set up a JustGiving page. We are so eager to go and it’s a massive achievement to come this far.

“We are working hard to make sure we are ready to compete and win in Kentucky and we really want the support to be able to achieve this.”