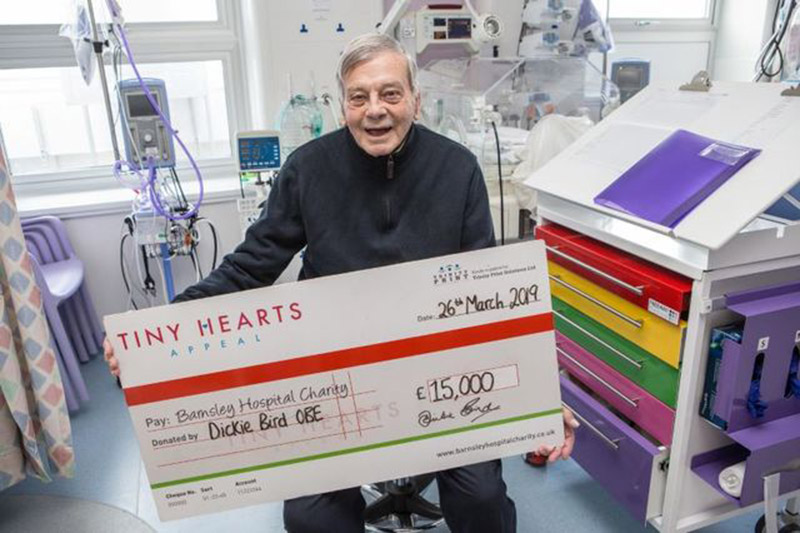 The former cricketing umpire visited the neonatal ward on Tuesday to hand over the funds, which will contribute towards the £1m the hospital charity is raising for the ward.

Dickie’s donations have now topped £85,000 to the appeal, meaning he has donated more than 10 per cent of the total raised.

A Tiny Hearts supporter from the start, Dickie said: “When I saw the babies in hospital in Barnsley, I was in tears. They were so little and some had already had to have surgery.

“I was determined to help them and whatever money I have I will give so that these children have a chance at life.”

Jane Mills, charity development manager, said: “Dickie and the people of Barnsley have shown they have big hearts for our Tiny Hearts.

"We are humbled and extremely grateful for everyone’s fantastic efforts and we want to push on to our £1m target to purchase more state of the art equipment such as Intensive Incubators which cost £25,000.

“The equipment is for babies who need extra help with breathing, keeping warm or feeding and the best infant resuscitation equipment.”