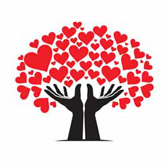 NEARLY £10,000 has been donated to a local dementia charity by a group of retired police officers.

Last year members of the National Association of Retired Police Officers, NARPO, visited BIADS to find out about the work they do, following which they decided that they would adopt BIADS as their charity of the year.

They held a raffle, did a number of bag packs and arranged a concert at the Lamproom Theatre. A cheque for £9,177 was presented to the charity – which is the most that NARPO has raised.

BIADS’s chief officer Linda Pattison said: “We are always so grateful when groups decide to support us but we never imagined the amount raised by NARPO would top £9,000,”

“This money will be used exclusively in Barnsley to support people affected by dementia. We can’t thank NARPO enough.”

Ray Hooley of NARPO said that the group was really pleased to raise that amount of money and the efforts were rewarded in the knowledge that the money would go to a great cause.