Dylan on a mission for Barnsley Hospice 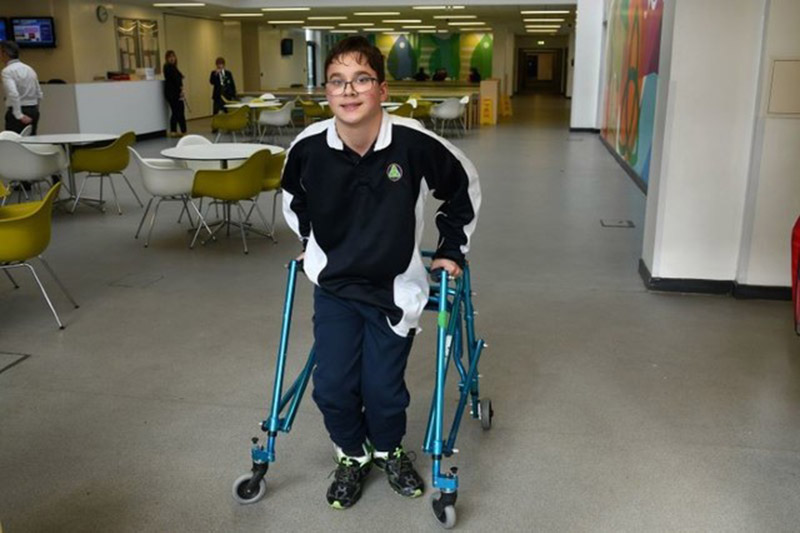 A YOUNG boy who has cerebral palsy completed a sponsored walk around the sports ground at his school to raise money for Barnsley Hospice.

He arranged the walk by himself to raise money with the help of his teachers after learning that his former teacher Gill Connelly had been cared for by the hospice.

His step-mum, Emma Shone, said: “We didn’t even know Dylan had arranged this sponsored walk until he brought the letter home last Thursday.

“He has never let his cerebral palsy bother him. He is always more than willing to throw himself into things and for that we are extremely proud of him as it is a big achievement.

“His granddad is a joiner and he spoke to Howden’s where he purchases a lot of his material and they generously sponsored him for £200. He has also received donations from people at school as well as friends and family. We are thankful to everyone who donated.”

Dylan said: “I’m really pleased with how it went. Four of us and some teachers completed the walk. “I did a total of three laps around the turf which took around an hour. So far we’ve raised over £700 for Barnsley Hospice and I’m thankful to everyone who sponsored me.”