Warning to dog foulers: pick up, or pay up 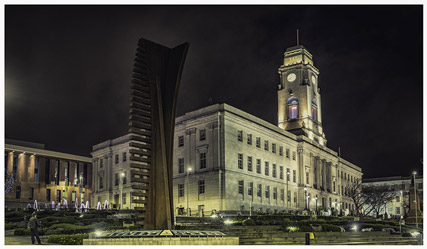 IRRESPONSIBLE dog owners who fail to pick up after their pets have been told to clean up their act by Barnsley Council - or face prosecution.

Councillors’ complaints have led to Barnsley Council’s in-house enforcement team - which works alongside independent firms such as Kingdom which has several area council-funded contracts - to conduct more patrols in hotspot areas.

Coun Tim Cheetham, who represents the Royston ward, said: “Dog owners can be irresponsible and their behaviour leaves people furious and we should be fining more people for it.

“The message now is a simple one - if you’re failing to pick up after your pet, you will be caught and you will be fined.

“In Royston we have stencilled in signs on footpaths in the worst-hit areas and we’ve even had owners leave mounds on each sign.

“It’s unbelievable and although Barnsley’s is one of the best-performing local authorities in the country for taking action, everyone is aware it is still going on right across the town.”

Coun Joe Hayward, chairman of the North East Area Council, added: “As ever it’s the small minority responsible and the majority of dog owners pick up after their pets, but it’s important we eradicate this issue as it’s gone on for a long time and is a constant source of complaints.”

Increased patrols, particularly in hotspots identified by the public, will be scheduled in immediately while an out-of-hours service will also be implemented as offenders have been reported failing to pick up after dark.

Coun Jenny Platts, cabinet spokesman, said: “We’re committed to protecting the environment and public spaces across our borough and have a strong approach to tackling dog fouling.

“We take this offence very seriously and anyone caught will be dealt with in accordance with the law which could mean they’re fined and prosecuted if they do not pay the fine."