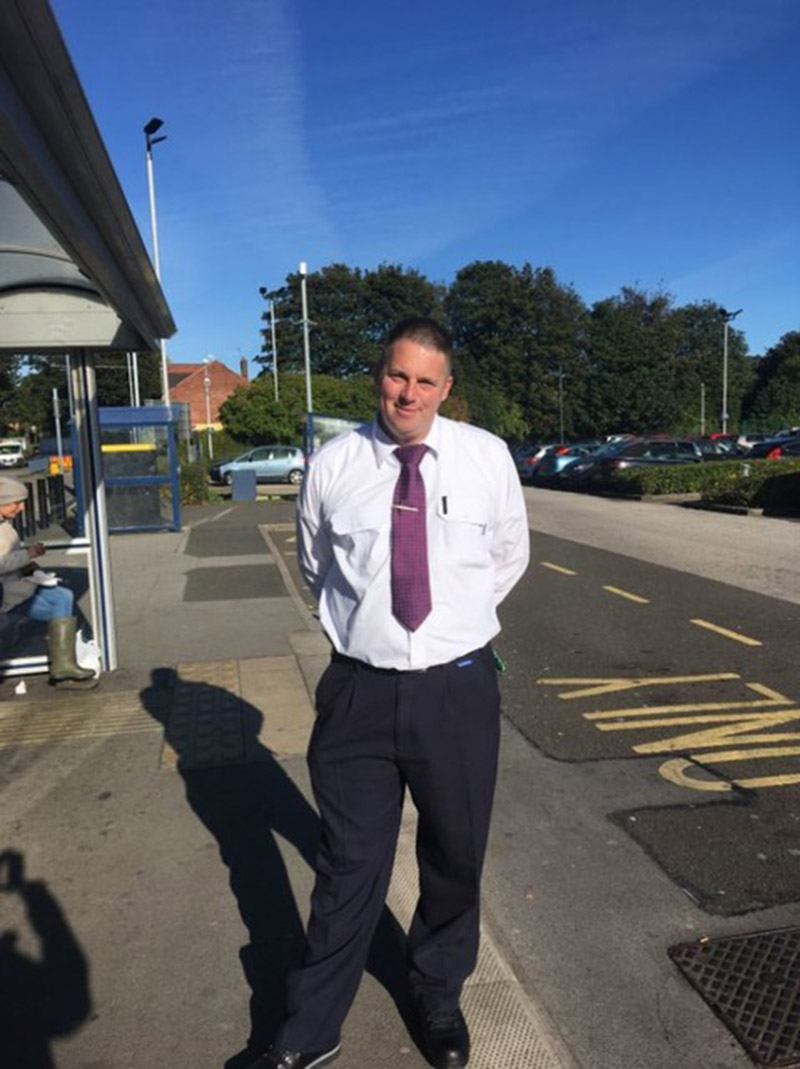 A BUS driver has been commended after he helped an elderly lady cross a busy road in Worsborough.

Jay Churn, 34, who regularly drives the number two bus route between Sheffield and Barnsley, stopped the bus on Sheffield Road outside of the Red Lion pub and got out to assist the woman and help her across the street.

“The woman got on the bus a little further up in Birdwell and she told me she was meeting some of her friends for dinner,” said Jay.

“I noticed she had a walking aid and when I realised where she was getting off there was a fair distance for her to walk and she had to cross a busy main road.

“So when she was ready to get off I pulled up the bus and I got out with her and helped her to cross the road to make sure that she got there OK. I try to help the passengers out as much as I can.”J

ay’s commitment to his customers hasn’t gone unnoticed and he has been presented with a silver award at Stagecoach’s National Customer Service Awards where he was described as ‘an absolute credit to the organisation’.

In the past Jay has given up his days off to clear snow on the road so busses could keep running, reunited a GCSE student with their coursework that they lost on a bus so they could sit their exam later that day, and has become quite a hit on social media with #SuperJay trending on Twitter with people tweeting about how he has gone above and beyond for his passengers.

Jay’s manager, James Butteriss, said: “Jay has a reputation of delivering excellent customer service this is not the first time we have had such positive feedback. He is approachable, caring, and his love for the job is apparent.”