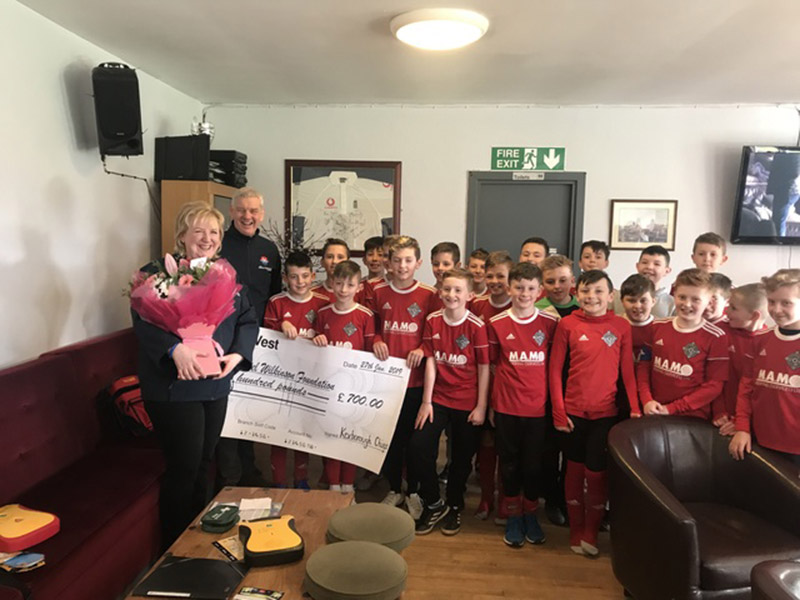 A JUNIOR football club have raised money for a foundation who donate defibrillators to local football teams.

Kexborough Chiefs, based in Darton, received a defibrillator last Sunday at the Woolley Cricket Club.

A defibrillator is a device used to restart the heart of a person who is suffering a cardiac arrest.

The Daniel Wilkinson Foundation have been donating defibrillators to football teams after Gillian and Barry Wilkinson’s son Daniel died after suffering a cardiac arrest whilst playing football.

Since his death, they have been raising money to buy defibrillators to donate to football teams in addition to raising awareness of Arrhythmogenic Right Ventricular Cardiomyopathy (ARVC), an underlying heart condition Daniel had but his family were unaware of.

After receiving the defibrillator, Kexborough Chiefs donated £700 to the foundation.

Nicola Turnton, who helps at the club said: “We held a raffle at Christmas to raise the money for the Daniel Wilkinson Foundation and Gillian and Barry had no idea they were receiving a donation as they do not expect to receive anything from teams they donate defibrillators too.

“Sunday was a real celebration and I think Gillian and Barry were quite shocked to have received the donation, which will be used towards the cost of another defibrillator for another team. We have chosen the Daniel Wilkinson Foundation as our charity of the year and we will be doing a lot more to raise money for them and the fantastic work they do.”