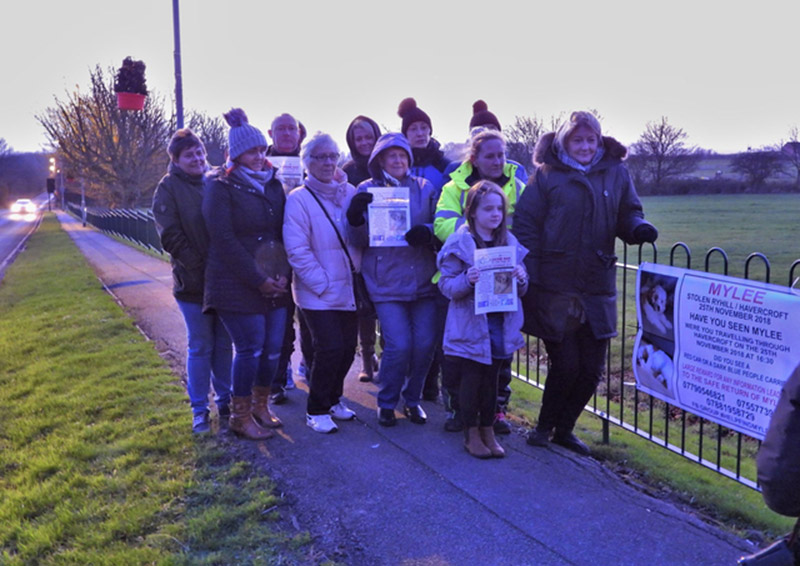 A VIGIL was held at the spot where a puppy was stolen as her heartbroken owners continue to appeal for her safe return.

Mylee, a 15-week-old Shih Tzu cross, was last seen on November 25 as she being walked by her owner, Lisa Toon, in the Havercroft area in a field.

Her disappearance has been linked to two more incidents at Rabbit Ings Country Park on Lund Hill Lane, Royston, in which two cocker spaniels named Amber and Honey were stolen.

Amber, a four-year-old working cocker spaniel, was being walked within the park on September 1 when she went out of the sight of her owner, David Drury and within a matter of minutes, was nowhere to be seen.

Carol Wright, of Spring Lane, Carlton, was walking her two dogs, one of which was Honey, a two-year-old working cocker spaniel, close to the railway shed. After a few minutes, just one dog returned.

Sue St Ange, who has been actively campaigning for the return of the dogs, said: “The vigil went really well and it was nice for the owners to feel supported at this sad time. We are asking if anyone has any information into the disappearance of these dogs to please contact us either by phone or on Facebook.”