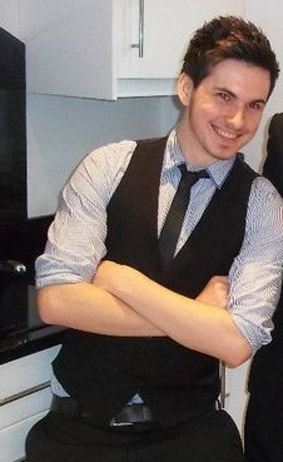 A 21-year-old man has died after being injured in a road accident almost two weeks ago. Justin Storey, 21, was injured on July 5 on the M1 Southbound between junctions 38 and 37. It is thought that a white Scania HGV attempted to overtake a Volvo HGV by pulling into the second lane - but Justin's blue Honda Civic lost control, crashing into the rear of the Volvo. Justin, from Darlington died in the Royal Hallamshire Hospital on Wednesday, 11 July, from the injuries he sustained in the collision. Police are re-appealing for information following the collision that occurred at around 9.30pm. Samantha McNicholas, Justin’s girlfriend, said: “Justin was a much loved son, brother, grandson, boyfriend and friend. His warmth of character and kind nature brought out the best in everyone. Justin had a bright, promising future and we had high hopes for his achievements. Words cannot describe how deeply he will be missed.” Anyone who witnessed the collision or anyone with information that could assist officers is asked to call South Yorkshire Police on 101 quoting incident number 1254 of Thursday, 5 July, 2012.