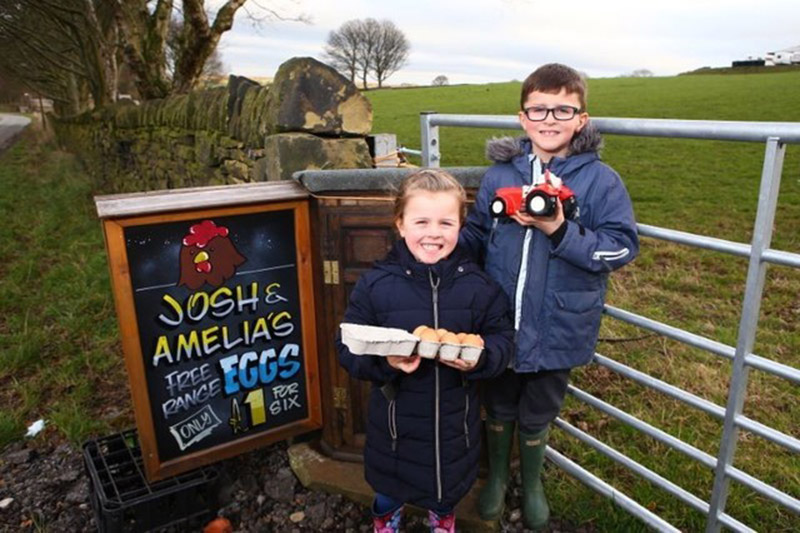 A FARMING family whose young children set up their own business selling free range eggs are ‘stunned’ after the farm was broken into and the money they had raised was stolen.

Josh, eight, and Amelia Liddle, five, had been rearing their own chickens and selling their eggs to visitors of the family farm, with an ‘honesty box’ visitors could leave money in, to raise money for their school.

However, a break-in last Friday night saw the honesty box smashed to pieces and the money stolen.

“Everybody knows us, and everybody knows what they were doing. We were on with our next fund-raising activity after the first one went so well.”

Josh and Amelia had planned to use the money to buy their school, Thurgoland CE Primary, new gardening equipment, after previously raising money selling their eggs to buy the school new musical instruments.

Louise, who lives on the 12-acre Office Fold Farm in Wortley with husband Ian and the children, said: “It’s not a large amount of money but they were saving up for the school.

“They were trying to do something positive and have worked really hard for this to happen.”