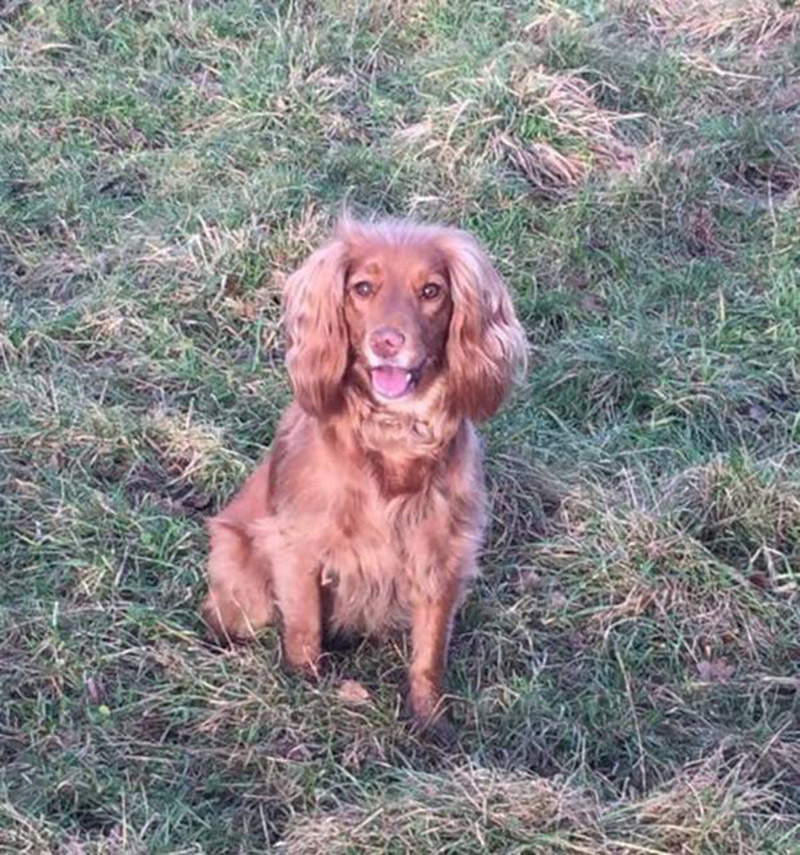 AN unprecedented number of dogs have been stolen from the Royston area while walking with their owners, prompting an appeal for their safe return.

Since September, three dogs have been taken whilst on a walk at Rabbit Ings Country Park on Lund Hill Lane, Royston.

The first dog, Amber, a four-year-old working cocker spaniel, was being walked within the park on September 1 when she chased after a bird.

She went out of the sight of her owner, David Drury and within a matter of minutes, was nowhere to be seen.

On November 25, Mylee, a 15-week-old Shih Tzu cross, was being walked by her owner in the Havercroft area in a field.

Her owner, Lisa Toon, ran after her and on reaching the end of the field and not seeing which way Mylee went, turned right and continued along that route looking for her.

However Mylee had turned left and within minutes was seen running along the road being chased by another woman - now believed to be the thief.

A man had stopped to assist and caught Mylee in some bushes where the terrified dog had tried to hide. He picked her up and the woman was behind him. Thinking that the puppy belonged to her, he handed her over and then went on his way.

The road where Mylee was last seen was next to Westmead Boarding Kennels.

On December 2, Carol Wright was walking her two dogs, one of which was Honey, a two-year-old working cocker spaniel, close to the railway shed.

Carol of Spring Lane, Carlton, said: “The dogs were running in and out of the trees and then after a few minutes just one of my dogs returned. I went into the bush to try and locate Honey but I couldn’t find her.

“I’ve been back every day since but I haven’t been able to locate her. It’s heartbreaking.”

Gillian Wright, Carol’s daughter, has set up a Facebook page along with David to help try and locate the dogs, as well as Lisa Toon who has set up her own Facebook page.

David Drury, of Sandal in Wakefield, said: “I’ve owned dogs for over 30 years and I never knew that it was big business for people to steal your dog. I couldn’t believe anything like this would happen.

“Our dog is worth up to £1,000 and Amber is distinctive because of her bright red coat and pinkish nose.

“We are desperate to find her and because she is micro-chipped, we hope that she is taken to the vets and identified that way. We’ve travelled around the country to find her.”