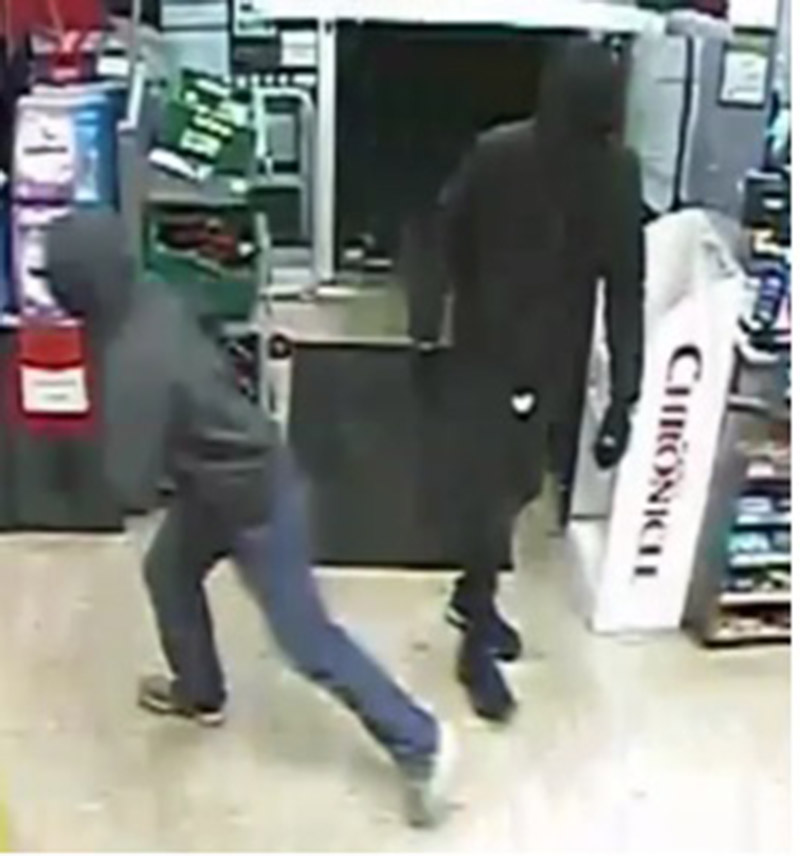 POLICE are appealing for information after a post office was robbed.

At 5.30pm on December 28, two men with their faces covered entered the Post Office inside the Co-op on Hoyland Road, Hoyland.

The suspects are reported to have threatened staff with crowbars, before taking a substantial amount of cash from within the safe.

Both are believed to have run down Central Street and through the Saville Court complex towards the Queen Street/Tinker Lane area.

An investigation is underway and officers have been at the scene carrying out initial enquiries. Police have released CCTV stills of the incident and are keen to hear from any witnesses or anyone who may hold information.

If you recognise the men or you saw anything please call 101 quoting crime reference number 14/188493/18. You can also give information to Crimestoppers anonymously by calling 0800 555 111.