Grateful family delivers thanks and toys to hospital 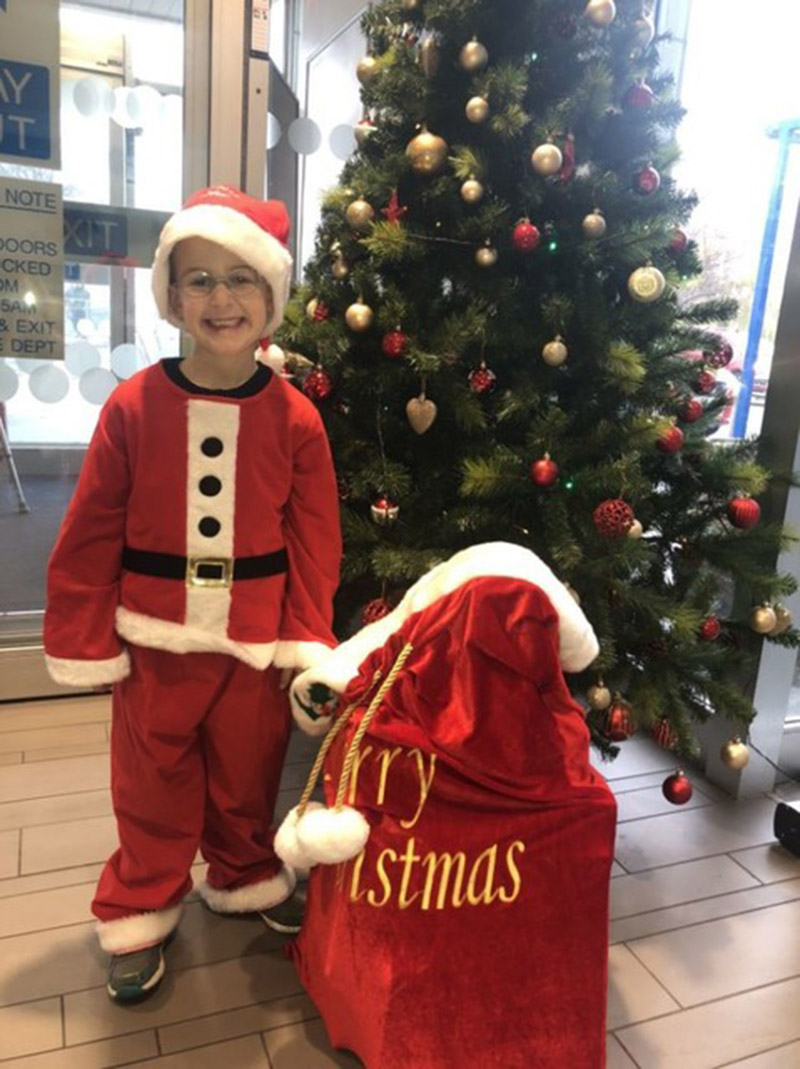 So the six-year-old played Santa and brought a sack full of toys to the children’s ward just in time for the big day.

In January, Oliver, of Harry Road, Gawber, was taken to hospital suffering from a stiff neck, sensitivity to light, headache, drowsiness and sickness.

Within 12 hours he had deteriorated to the point where he was incoherent and thrashing around in his bed.

Treatment included three different antibiotics, an anti-viral and a CT scan. It was provided quickly, and along with the early diagnosis, meant Oliver avoided any complications.

His dad Simon said: “It was clear to me at the time that if he didn’t get the correct treatment urgently, we might lose him. He was on the brink for a further 48 hours or so before he showed signs of recovery.”

Oliver was in Barnsley Hospital and Sheffield Children’s Hospital until February 3, followed by a further six weeks on antibiotics.

Simon added: “I want to state publicly that Barnsley Hospital children’s ward could not have been more helpful and supportive. Specifically, they seem to really understand that the wellbeing of the parents is also important.”