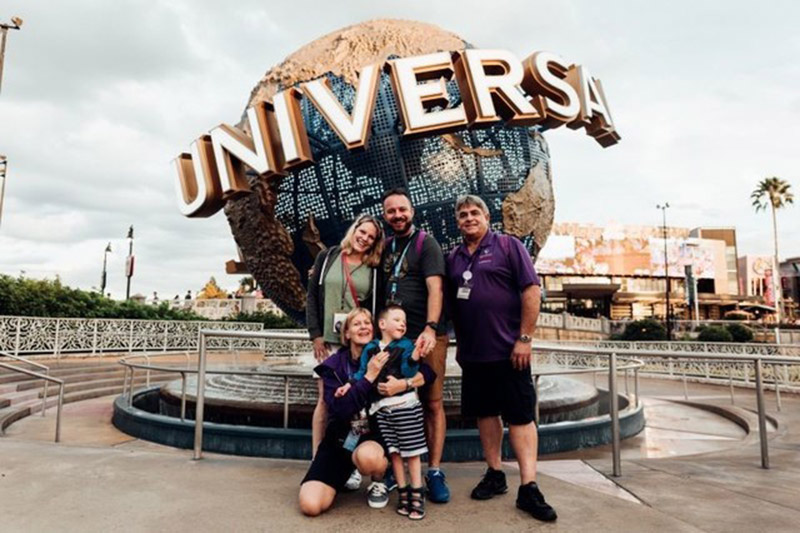 WILLIAM Ryder is Mickey Mouse’s number one fan.And as the pair met, the sheer look of joy on the seven-year-old’s face is enough to melt hearts.

William, from Goldthorpe, was born three months early and has a number of complex medical conditions which have left him unable to talk. But that doesn’t mean he can’t communicate.

William weighed just one pound one ounce when he was born. He was a twin, but sadly his twin died in pregnancy. There were other complications with both William and Michelle, including severe pre-eclampsia, and Michelle remained in hospital until the 27th week when doctors said they had six hours to get William out, or they would both die.

The family has had numerous scares along the way, including William suffering a severe stroke last year. He has had to endure many hospital visits in his short life so far.

He suffers epilepsy, has lost the vision in his right eye, and can only walk short distances in familiar surroundings. He is tube-fed and has to take numerous quantities of medication.

Along with his mum Michelle and dad Paul, William was selected as one of 25 children to be taken to Disney World in Florida by the charity Caudwell Children, accompanied by a team of doctors, nurses and about 40 volunteers who were on hand to support them.

Michelle, 42, said: “It was absolutely amazing, William absolutely loved it. His confidence throughout the week grew. He wasn’t sure at first, and was looking out of the corner of his eye.

But he was on top form by the end of the week, and he knew Mickey and Pluto. He was hugging the Star Wars characters and didn’t want to come home.

Every day we had two volunteers with us to help us out. They pushed the wheelchair so we could watch William and really take in the holiday. Paul and I got to walk around and hold hands which we haven’t done since William was born because we’re always pushing the wheelchair.

“The village is like a fairytale, the characters come to do meet and greets. There really are no words to describe it.”