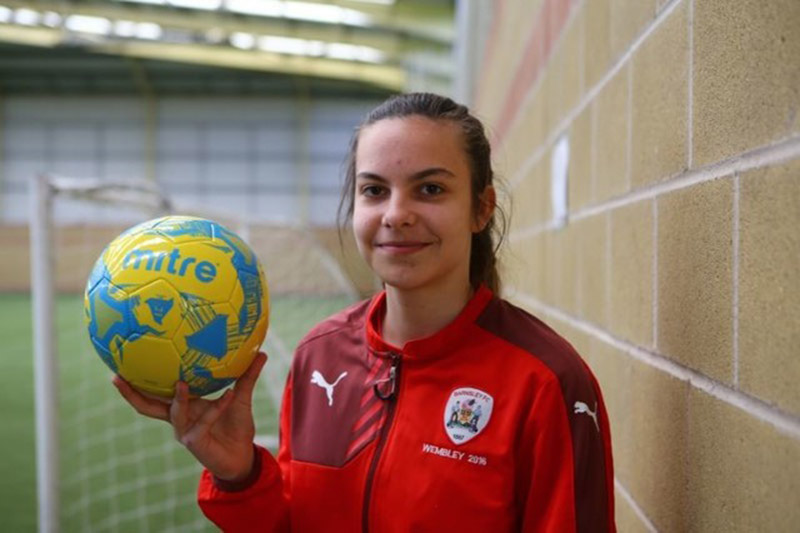 The 16-year-old striker of Royston, who plays for Barnsley Football Club and Barnsley Sports Academy, was selected after performing in the regional and national trials.

She reported to St George’s Park, the English Football Association’s national football centre, on December 10 with the squad for training.

The team took on the Independent Schools Under 18 team in a match organised to see how the players worked together.

Betty’s team won 6-1 and she assisted one of the goals.

Her mum Tracey said: “She had an amazing time, she really enjoyed it.”

Midfielder Ellie Hawcroft, who plays for Sheffield Football Club and Barnsley Sports Academy, was also selected for the squad but did not play in the match.