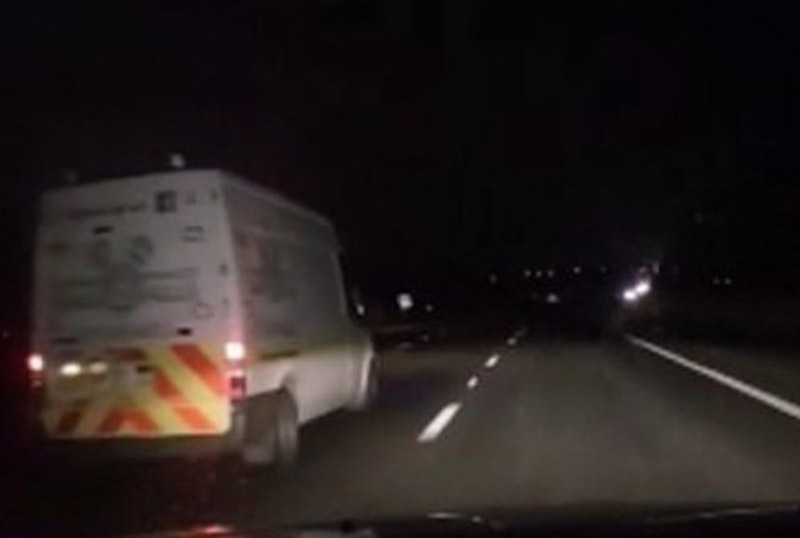 AN investigation has been launched into a shocking ‘road rage’ incident after dash-cam footage recorded a white van driver swerving towards a former driving instructor’s car at speed, then slowing to a halt before reversing on the M1.

Joss Dickie, the victim who recorded the six-minute-long footage, was driving southbound having finished work in Wakefield and was on his way home to Barnsley. The footage shows him driving in the middle lane before the van, which was in the inside lane, flashes its brakes.

Mr Dickie, 57, presumed the driver was tired and sounded his horn as he passed before giving him a wide berth - triggering a terrifying series of near misses which sees the van come within inches of colliding with his car.

The incident which took place in the early hours of October 26 has gone viral online this week after Mr Dickie was given the green light to circulate the footage by officers investigating the incident.

West Yorkshire Police have appealed for information and confirmed they had been contacted about the incident, but no other update was available.