Claire finds her voice for charity 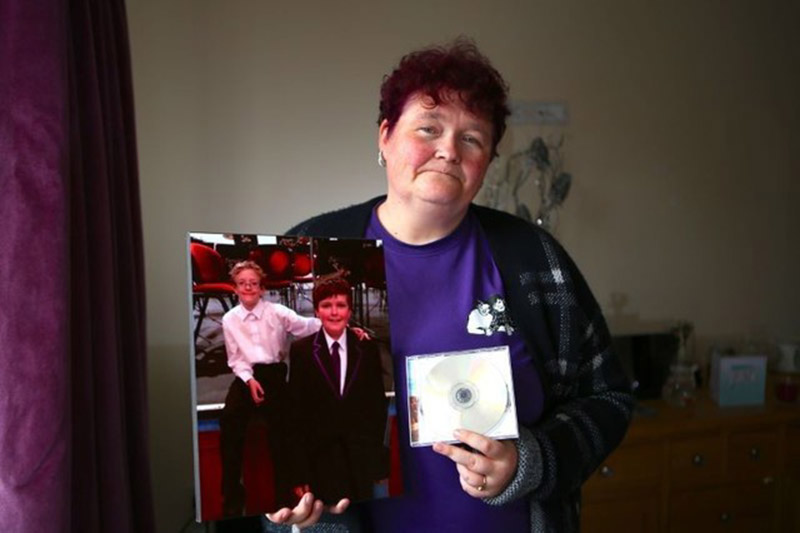 A WOMAN who thought she would never sing again following the death of her two sons in a house fire started by their dad has just recorded a CD and will be donating all of the proceeds to her charity.

Claire Throssell, 46, of Penistone, lost her two boys Jack and Paul Sykes in a house fire started deliberately by their father Darren Sykes back in 2014.

Claire had been into music, along with her son Jack who played the trumpet, and after they died she said she lost ‘the place in her heart’ where her music came from.

“When Jack and Paul died I didn’t think I’d ever sing again because you need to have a heart to be able to sing and I haven’t got a heart anymore,”

“I went to Barnsley Singers and that’s where I rediscovered music, through that and my piano and flute.”

Following the rediscovery of music Claire recently recorded a CD which consists of two songs called The Prayer, on which she duets with her friend Chris White, and Jealous Of The Angels.

All of the proceeds from the CD will be going to Heads Together Barnsley, a charity Claire set up herself to honour the memory and create a lasting legacy for Claire’s two sons while helping to reach out to other families who are facing trauma.

“The CD will be released in three weeks and I just hope that when people hear it they enjoy the music and see how much it personally describes the process of love and loss,” said Claire.