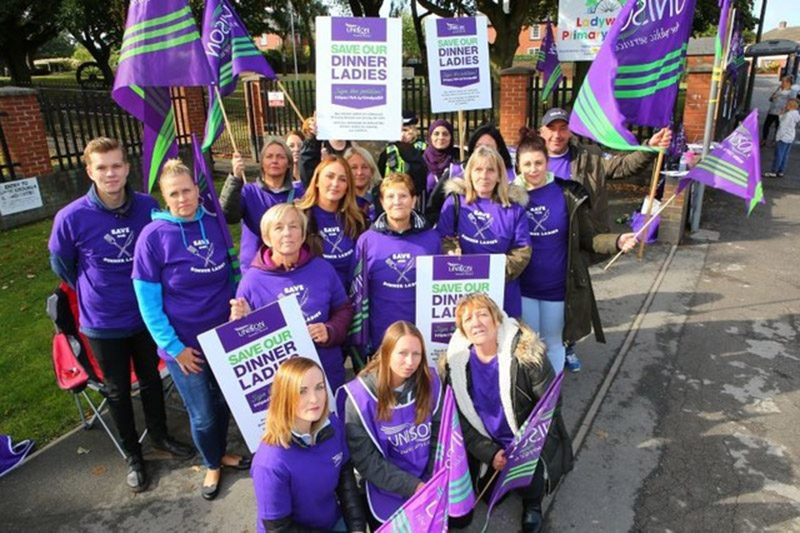 A LONG-RUNNING dispute which saw nine school dinner ladies strike for a total of 36 days came to an end this week after the school withdrew plans to axe their jobs.

Ladywood Primary School in Grimethorpe has been at the centre of a row since June when the school issued a statement saying that due to a budget shortfall, nine dinner ladies faced redundancy.

In September, a week after the school opened for the new academic year, a letter was issued to parents warning them of the job losses.

Trade union Unison, the dinner ladies and some parents began picketing outside the school on September 12.

On Tuesday night, Ladywood made a u-turn saying that ‘natural staff turnover’ meant the school was no longer facing a budget shortfall, and the dinner ladies returned to work after a total of 36 days of strike action.