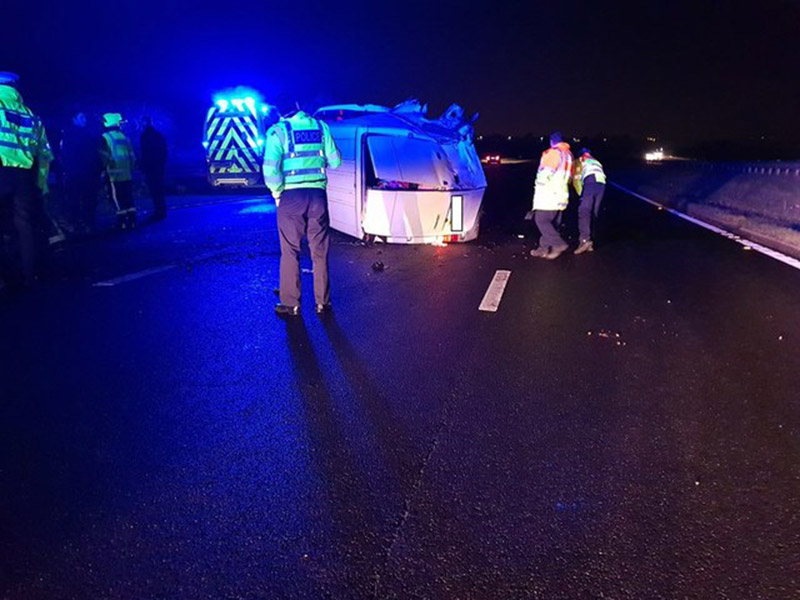 DRIVERS have been condemned by South Yorkshire Police for swearing at emergency serives whilst dealing with a motorway smash.

An overturned Ford Transit van led to the closure of the motorway between junctions 37 and 38 on Wednesday at around 8pm.

Motorists caught in the traffic are said to have sworn at the emergency services dealign with the aftermath.

On a statement on Facebook they said: "We got traffic moving as soon as we could but lanes two and three had to remain closed due to a large amount of diesel and vehicle debris on the road surface. This would have made it dangerous for vehicles to drive through.

"So, there was no need for a few motorists to swear and use other offensive language at the emergency services for making them a little late.

"If this was you, just think - it may be you in this situation one day and you'll welcome the sounds and sights of the police, ambulance and fire service."