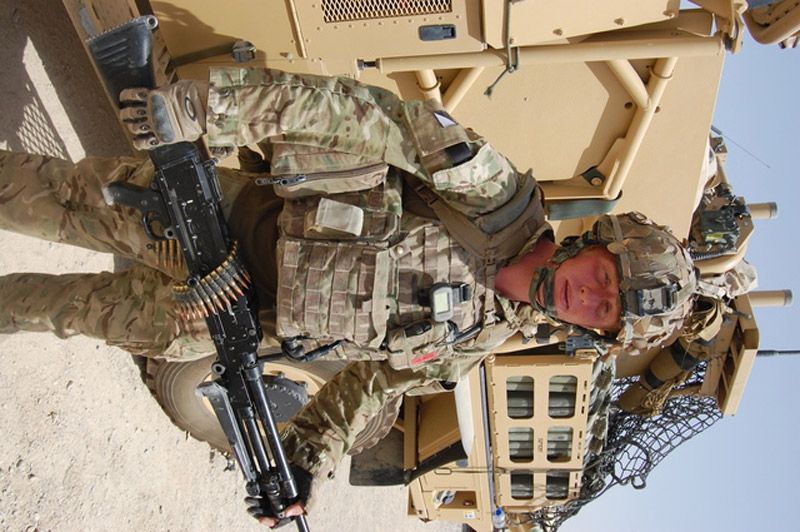 A BARNSLEY soldier helped liberate a Taliban prison where captured members of the Afghan police had been shackled to a wall.

Trooper Luke Hodson, 21, who lives in Barnsley town centre, had been told to ‘expect the unexpected’ when his reconnaissance unit entered the grounds near Laskar Gah, Afghanistan, by helicopter.

But the former St Michael’s pupil, serving with the Light Dragoons, said he was shocked by what he saw inside.

“It was weird. I will never forget it,” he said. “The building was just a normal compound. When we arrived men were having a shura, or meeting, outside.

“When we went inside there were people chained from their hands to their feet and shuffling around.

“There were about 25 people chained up and there were five people that were looking after them and a jailer in there who was in charge of the keys.

“Some were in big gangs and others were chained to the wall on their own. The oldest man there just had a T-shirt on and no bottoms. There was a kid

there chained to a tree who looked about 13.

“We did what we could and asked the jailer to knock the chains off them.

“Some looked really frail like they’d not been fed and watered.”

The Afghan government forces led the operation, backed by the Light Dragoons. It is the biggest Taliban prison to be found since 2010.

The unit, which acts on intelligence, also found bomb-making equipment and ingredients in a neighbouring compound.

Luke, who has served with the army for more than four years, has had a number of successes on his first tour of Afghanistan.

He found an anti-aircraft gun, called a dshk, hidden under a tarpaulin, which would have been used to attack troops. It was mounted facing in the direction where the helicopter had just landed.

“It had 100 rounds on it and was already loaded. It’s the only one that’s been found by anyone on this tour.”

“It’s a weapon that insurgents value highly and its use could have had horrendous consequences. Luckily for them it wasn’t manned.”

In another operation, 250kg of explosive material was discovered drying in the sun outside a mosque, with more explosives and bomb-making equipment inside.

The site had been rigged with booby traps but the batteries had not been connected to the devices.

*Barnsley Chronicle reporter Kate Pickles spent two weeks in Afghanistan with local soldiers and submitted her reports back from camp. More exclusive reports from her will appear in the paper on Friday *