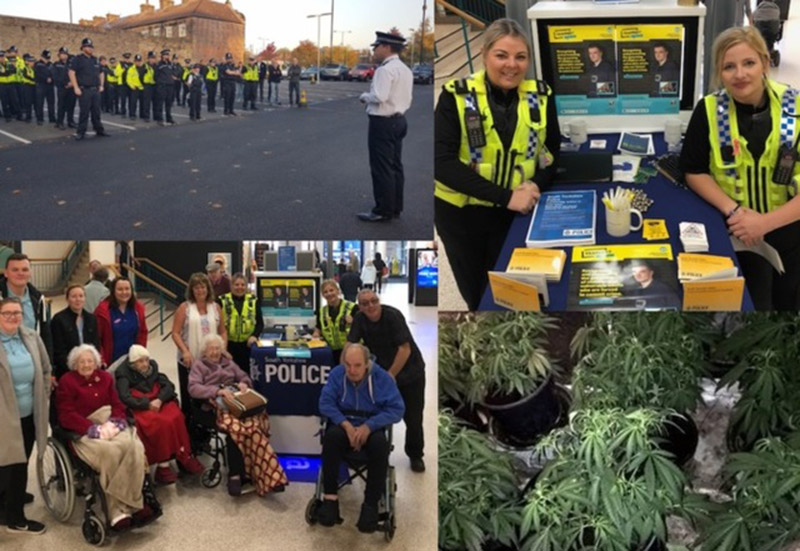 COUNTERFEIT cigarettes, drugs and a knuckle dusters are among the items that were seized during operation Duxford which took place yesterday.

Officers leading Operation Duxford recovered the goods during proactive warrants which took place across the district.

Over 8,000 suspected counterfeit cigarettes were seized from two businesses, during an operation with Trading Standards.

Detective Chief Inspector Chris Foster said: "As well as enforcement activity, which removed drugs and weapons from our streets, the biggest part of Operation Duxford is engaging with our community.

“Yesterday, we were able to demonstrate the proactive, positive work we are doing to tackle the issues that most matter to people in Barnsley.

“Throughout the day and into the evening, officers engaged with over 2,400 people.”