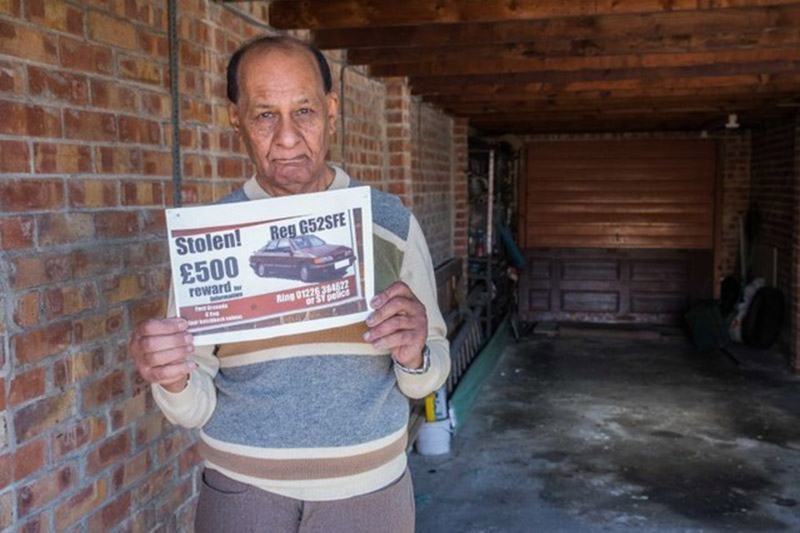 A MAN who has kept his car in pristine condition since 1989 is appealling for information after it was stolen.

Nasser woke last Tuesday to find the car, which he said is now so rare and in such great condition it could be worth up to £20,000, had vanished from the locked garage behind his shop on Darton Lane where it was kept.