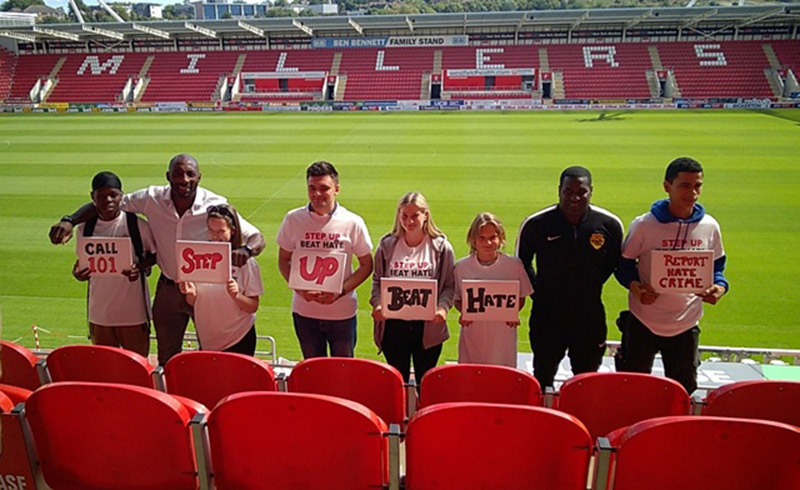 TWO sporting stars formed a league of their own as they teamed up with young people to show a red card to hate crime.

The event was organised by REMEDI, an organisation that works with young people who have been a victim of crime and supported by South Yorkshire Police.

PC Chris Nicholson said: "“The event was for young people from all areas of South Yorkshire who have been affected by hate crime.

“The aim was to raise awareness about hate crime and also create ambassadors to speak out about the impact of this type of behaviour.

“It was absolutely fantastic to have Jonny and Bruce at the event to talk about their experiences of hate crime and how to make a stand against it.”