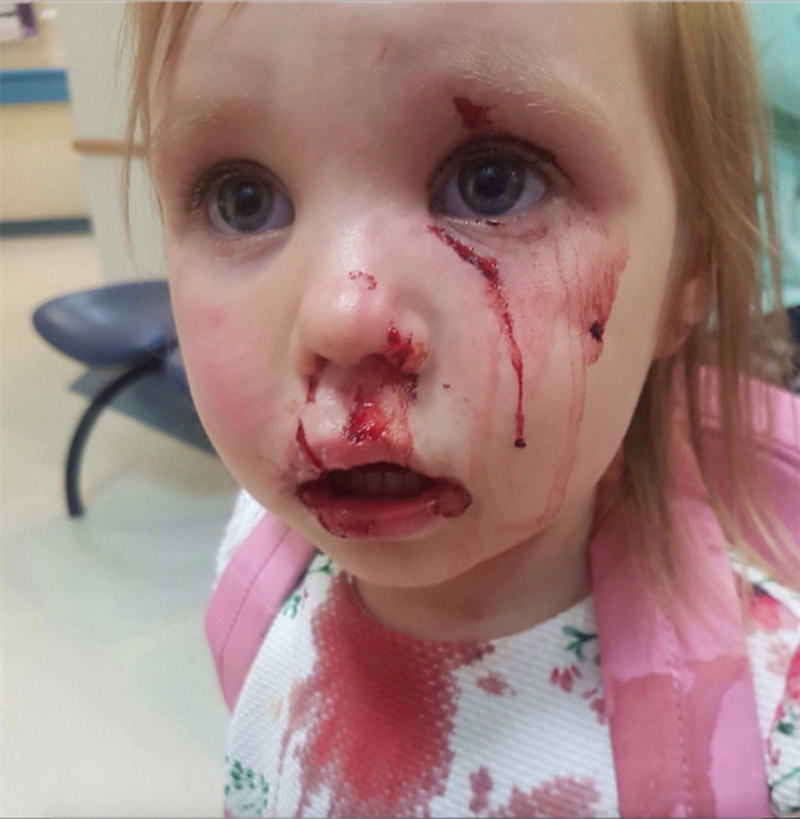 A TWO-YEAR-OLD girl has been left with scars after she was attacked by a dog.

Nicole Chuck, 25, was with her daughter Harper at McDonald’s on Wombwell Lane, Stairfoot, when the little girl was attacked by a Jack Russell cross-breed owned by another customer.

The attack, which happened on the patio area outside the restaurant at around midday last Thursday, left Harper with facial injuries and she had to be taken to hospital.

Harper, who Nicole said has been brought up around animals, has been left traumatised by the incident.

Harper was taken to Barnsley Hospital immediately after the attack, but she was sent to see specialists at Sheffield Children’s Hospital the following day to see if she would need reconstructive surgery.

The doctors advised Harper’s parents to see how her injuries healed without invasive surgery, and she is currently on antibiotics and using creams to help the cuts heal.

Nicole said: “If that had been my dog I would have left my details, and I would’ve offered to take the injured person to the hospital, but they just disappeared.”

"I want to thank the staff at McDonald's and the public who helped us immediately after the incident."