Lorry driver in hospital after rescue 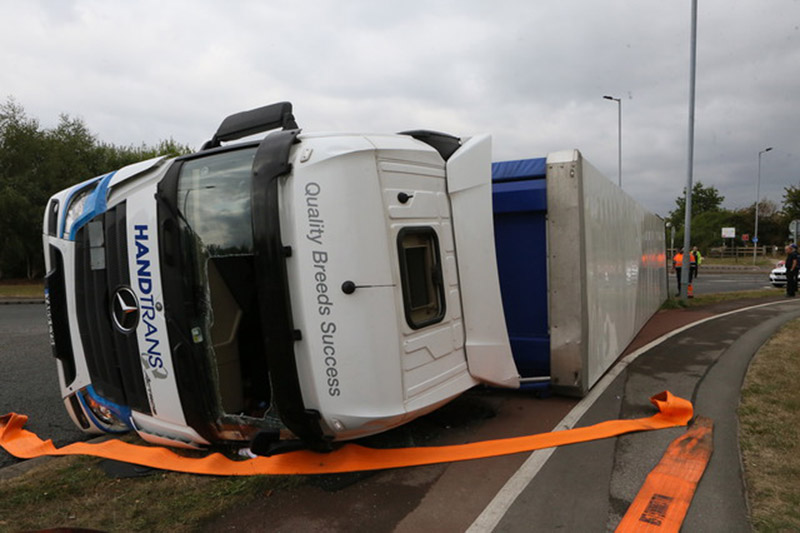 A DRIVER ended up in hospital after his lorry over-turned, trapping him inside.

Emergency srvices were called to the A633 Manvers Way just before 7am on Thursday.

The articulated truck and trailer ended up on its side and 24 tons of newspaper roll ended up on the road.

Three fire engines from Dearne, Cudworth and Tankersley were dispatched to free the driver by removing part of the windscreen.

He was taken to Barnsley hospital by ambulance to be checked over.

The paper that had rolled onto the road was removed by fork lift and the fire brigade cleared up diesel that had spilt onto the road.