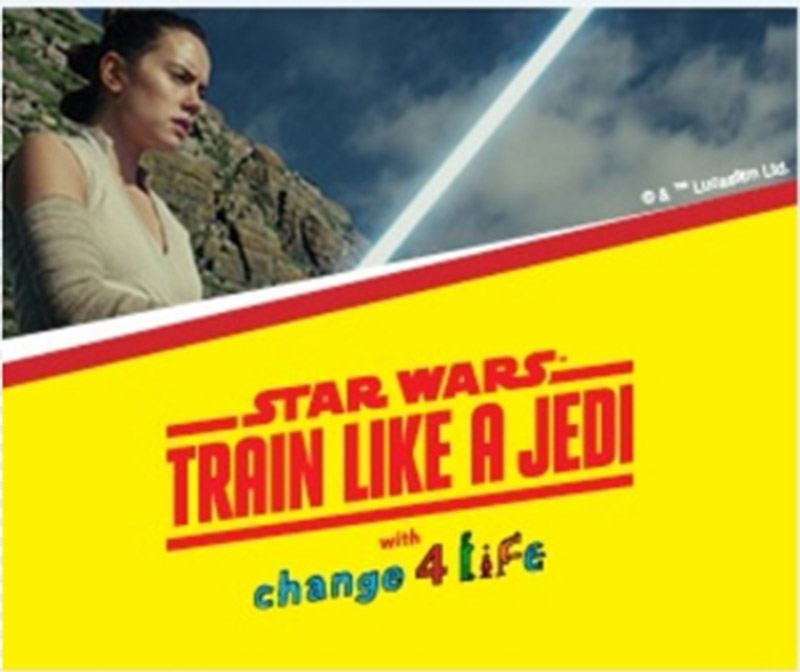 CHILDREN are being encouraged to train like a Jedi as part of a campaign to help children get active this summer.

The brand-new national Change4life campaign has been launched by Public Health England and Disney UK and the new programme uses the excitement of Star Wars and its characters to encourage children to move more, both at school and at home.

Taking inspiration from everyone’s favourite Star Wars characters Rey and Luke, it’s a chance to help get children and young people active as they learn to master the ways of the Jedi with a fun play along video.

The video features British Taekwondo athlete and double Olympic gold medalist Jade Jones, who alongside a special appearance from BB-8, leads kids through a series of Jedi inspired moves, which will prepare them to be ready for when the Resistance might need them!

The Train Like A Jedi summer packs will be going home your child’s school bag this summer term or alternatively visit www.nhs.uk/change4life/activities/train-like-a-jedi