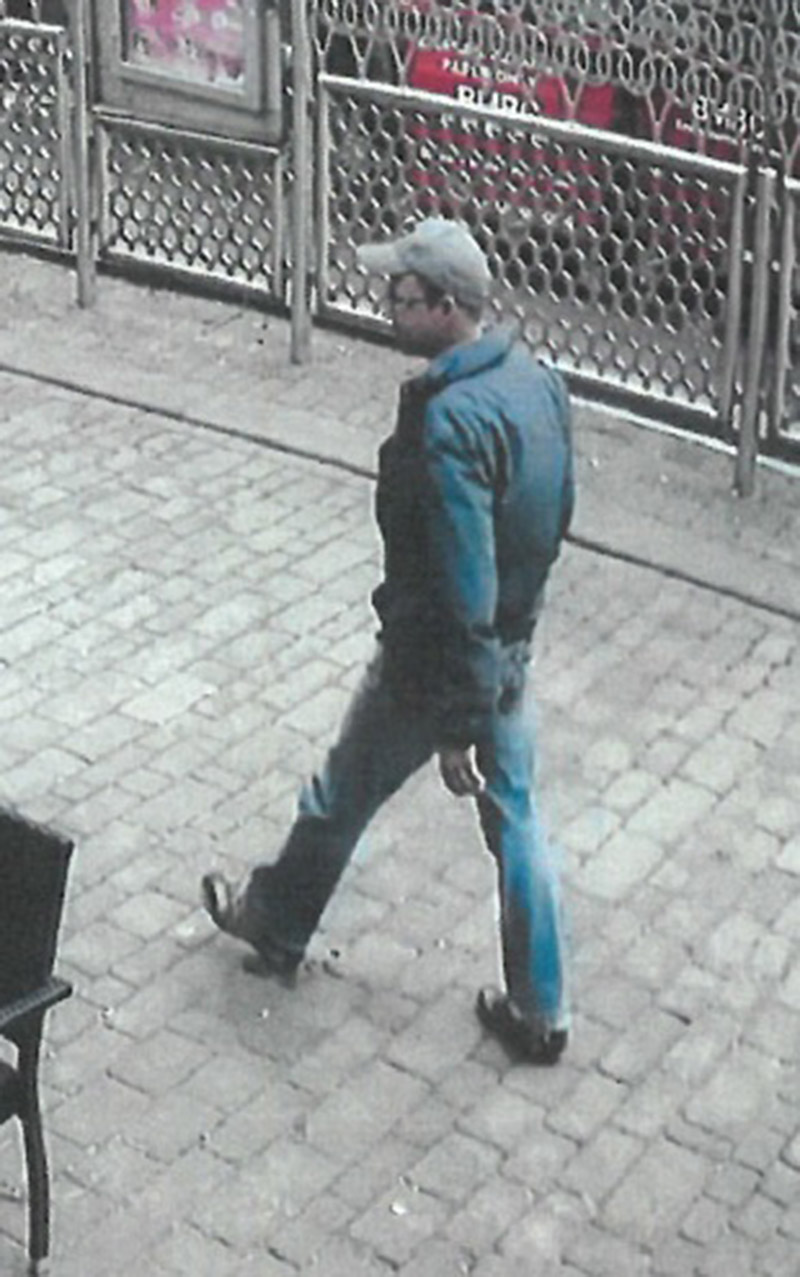 CCTV images of the man who was found dead on Eldon Street on Sunday have been released in a bid to identify him.

The CCTV images were captured just 30-minutes before he was found dead and the man is seen on the images walking along Hanson street, leading to the Civic Gardens, also known as Mandela Gardens, at 3.05pm on Sunday.

A post-mortem examination carried out yesterday revealed the cause of death was a head injury.

Detective Chief Inspector Steve Whittaker, said: “We have conducted numerous enquires over the last 48-hours in an attempt to identify the man and to be able to inform any family or friends of his death, but to no avail.

“We believe he may be Eastern European, possibly from the Polish community, and I would encourage anyone who believes they may know who he is, whether a family member or a work colleague or house mate, to please make contact with us.

“He had on him a red lanyard with a set of keys attached, as shown in the image, and he was carrying a black carrier bag. Do you recognise these keys?

“He is a white, in his 30s, 5ft 7ins tall and of a medium build. On the day he was clean shaven and his hair was cropped short, light brown in colour. His eyes are light coloured and he was wearing glasses."

A 43-year-old man arrested on suspicion of murder on Sunday has been released under investigation as enquiries continue.

A 27-year-old man and a 32-year-old woman arrested yesterday afternoon on suspicion of theft remain in police custody.