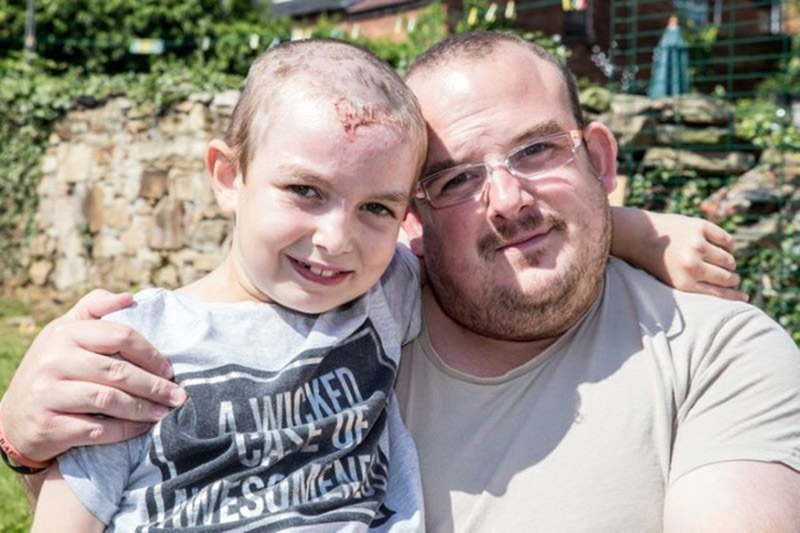 THREE people have been arrested after a seven-year-old boy was left with horrific injuries when his face was burned with boiling water.

Owen Atkin, a pupil at Hoyland Common Primary School, was admitted to Sheffield Children’s Hospital on Sunday May 27 after suffering severe burns to his face and scalp at a house in Sheffield.

Owen returned home on Thursday afternoon after spending just under two weeks in hospital. Owen’s dad Paul Atkin, 36, of Chapel Street Hoyland Common, remained by his bedside in hospital as he received treatment.

Paul did not want to discuss the circumstances of the incident while the investigation remained underway, but said his son has been incredibly brave.

He said: “We have no idea if his hair will grow back. He is so young but he understands what has happened and has been very brave.

“I cannot thank the staff enough for everything they have done for Owen. The staff have bent over backwards to accommodate us.”

A friend of the family, Sarah Roper, has set up a Go Fund Me page to raise money for the family and £4,690 has been raised.

Paul said: “I had no idea a page had been set up and I can’t thank everyone enough for their kind donations. We had been spending on parking, food and travelling back and forth from Hoyland. We want to take Owen and my other son Lewis (10), away so they can focus on something positive”