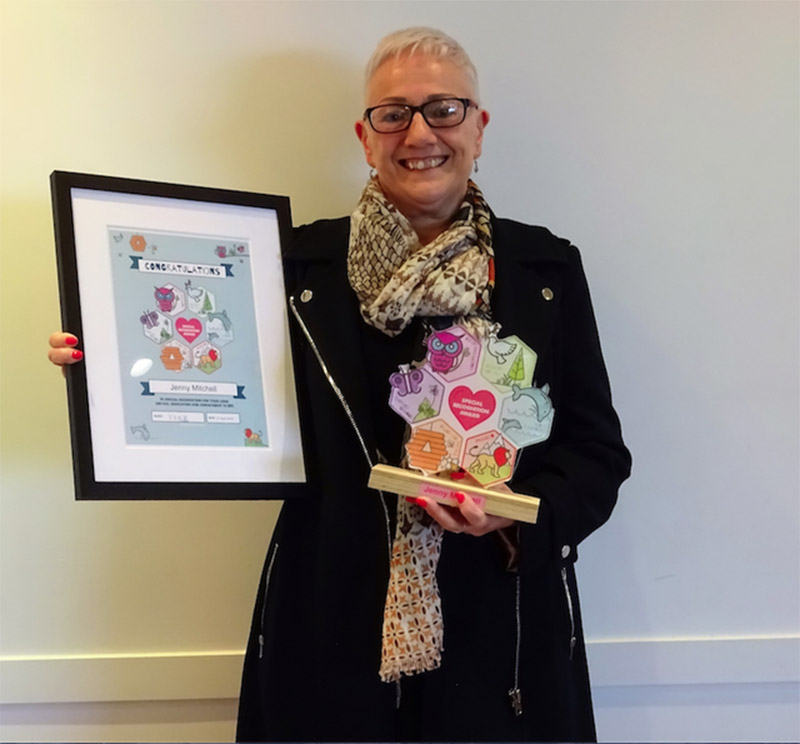 A LONG-SERVING BPL employee has switched off her calculator for the final time as she retires from service to the Metrodome.

Jenny Mitchell began as a Clerical Assistant for Barnsley Metropolitan Borough Council from 1976 to 1999. She continued work with the council through a multitude of roles, before transferring to BPL in July 1999.

A couple of years later, she became the Finance Office Manager, the position she held on her retirement. She is regarded as the heart of the comany and has witnessed many changes over the years.

She said:"The girls from the department have been a great part of my life throughout my time at BPL, they’ve brought laughter and joy into my life. I didn’t realise how regarded I was, I will miss them terribly."

During her time at BPL, Jenny has had a massive impact on the company contributing fresh ideas and introducing new systems. As a result of Jenny’s passion and enthusiasm, she won the BPL Ambassador of the Year, back in 2013.

Human resources manager Ronnie Erskine said: "After 42 years’ continuous service to BPL and the leisure Industry, Jenny has become a very valuable asset to BPL in her job role as Finance Officer Manager. Her team, friends and colleagues will miss her enthusiasm, commitment and dedication to the role."

Jenny plans to make the most of her retirement, by spending plenty of time taking care of her beloved grandson, Jackson.