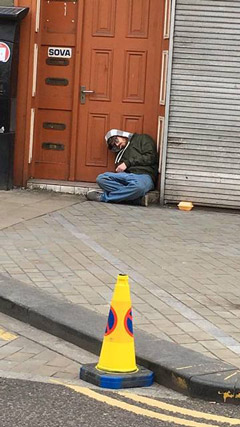 GROWING reports of people passing out in a 'zombie-like' state in Barnsley town centre after taking the drug 'spice' is becoming a huge concern for residents.

The drug is a class B substance, and is a synthetic cannabinoid designed to mimic the effects of cannabis.

The effects of this drug however is said to be stronger than cannabis, which is the cause of people passing out in a zombie-like state.

He said: "By and large, it is the same dozen-or-so people. But that is not to minimise the the impact this has on other people in the town centre. When you see people laid out in this state, it's horrible to see and it causes a good deal of alarm and distress.

"The council and the police are absolutely adamant that we will do everything we possibly can to minimise this."