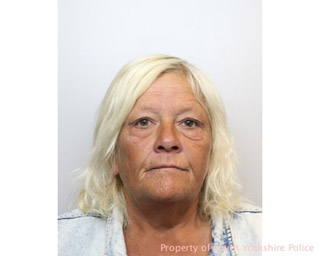 A 51-YEAR-OLD woman who stabbed a man in the stomach leaving him with life-altering injuries is now serving six years behind bars.

She was also handed a lifetime restraining order for stabbing a 59-year-old man in March last year.

Detective Inspector Gary Askew said: “On the evening of March 10, 2017, we received a call from the victim, saying he had been stabbed by Mandy Pearson. The pair were friends and had been out together that evening before going back to a house in Worsborough.

"An argument ensued which resulted in Pearson stabbing the victim in his stomach. Pearson had left the house when police arrived but was arrested just twenty minutes later for the assault.

“This nasty attack left the victim with incredibly serious injuries, which required numerous operations. I’m pleased that Pearson has now been found guilty and jailed for a significant length of time for her actions which have changed the man’s life forever.”