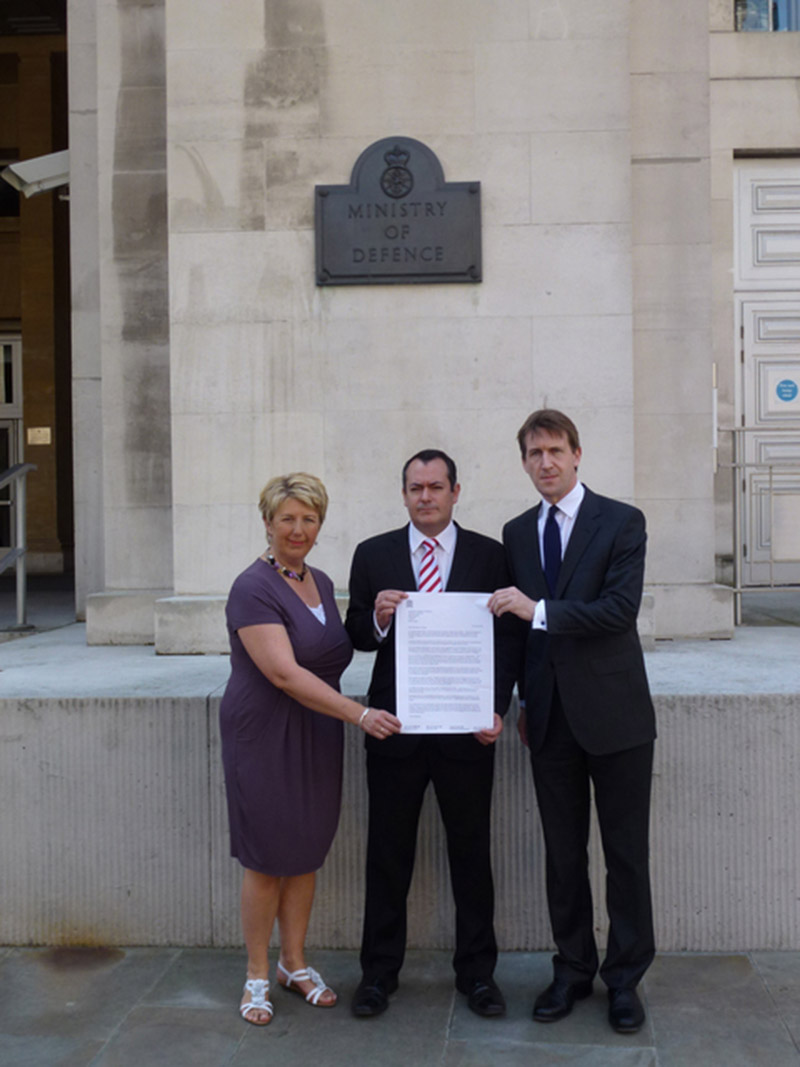 BARNSLEY'S MPs are demanding the government end speculation about the future of the army regiment that local soldiers serve in. Michael Dugher, Dan Jarvis and Angela Smith hand-delivered a joint letter to the Defence Secretary, Philip Hammond asking that he end the damaging speculation that he will axe the 3rd Battalion The Yorkshire Regiment. The 3rd Battalion, which is currently serving in Afghanistan, recruits heavily from Barnsley and surrounding parts of Yorkshire. Dan Jarvis, who served in The Paras on tours of Iraq and Afghanistan, said: “The Yorkshire Regiment are a massive asset, both to Yorkshire and to the British army. The soldiers in the Battalions continue to provide outstanding courage and service – that matters to all of us. It's not unreasonable to ask the PM and the Defence secretary to end this uncertainty and doubt.” Michael Dugher added: “It is disgraceful that troops currently risking their lives serving in Afghanistan have to hear speculation from back home about their Battalion being axed by the Government. Philip Hammond should stop this speculation immediately and assure people in the region that that their proud local regiment will not be scrapped and its members will not face redundancy when they return from active duty in Afghanistan.”