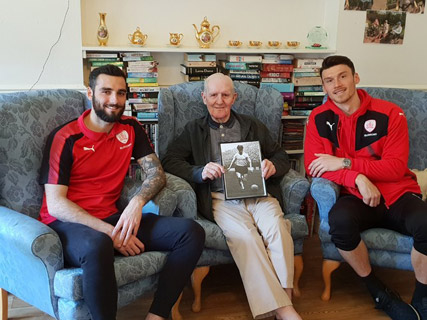 BARNSLEY FC legend John McCann received a surprise visit from two of the clubs top players ahead of their Championship survival match tomorrow.

Now aged 84, John imparted his match-playing wisdom on Kieffer and Adam, as well as discussed Barnsley in the old days, his team mates and the manager at the time.

“I wished them luck for their match tomorrow. I’ve played for both teams in the past but I’ll be rooting for The Reds.”