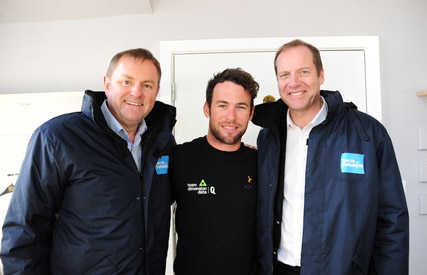 MARK Cavendish has confirmed he will return to race Tour de Yorkshire after injury.

The professional road racing cyclist suffered a dramatic crash at the Milan – San Remo race in Italy in March, fracturing a rib and damaging his ankle after colliding with a traffic bollard.

He was not expected to recover in time for the race however his recovery has gone better than expected however, and Team Dimension Data have announced he will now be fit to compete.

Mark said: “I’m delighted to have recovered sufficiently from my injuries at Milan -San Remo to be back racing sooner than I initially thought and what better way to do that than at what could be described as a home race for me, the Tour de Yorkshire."