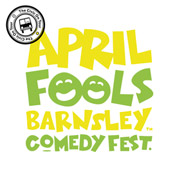 BARNSLEY will host some of the top comedy acts the country as the April Fools Comedy Festival kicks off on Wednesday, April 4.

The Comedy Festival will see top stand-up comedians perform at venues in the town throughout April including the star of Never Mind the Buzzcocks, Phill Jupitus, John Robins and Morgan & West.

The festival finale will take place at The Civic with Toby Foster’s much loved Last Laugh Comedy Club on Saturday 28 April.